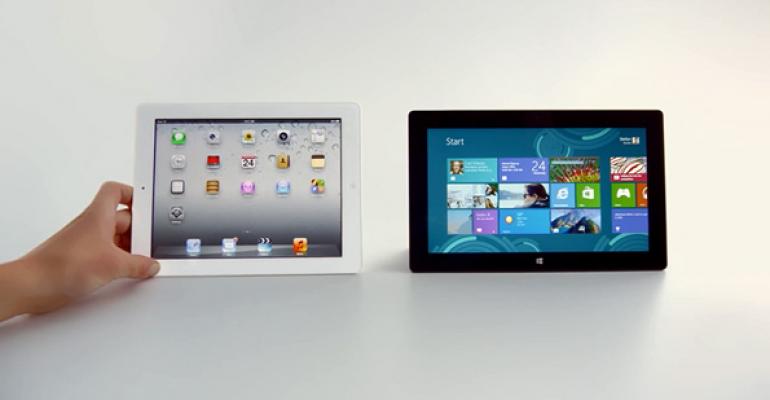 Another hilarious ad pitting an iPad against a Windows tablet

Few would argue that the iPad isn’t an attractive device. But the latest Microsoft ads questions whether the iPad isn’t like a bubble-headed supermodel: All beauty and no brains. And as with other ads in this series, it’s a pretty effective way to position Windows tablets vs. Apple’s heavily advertised competition.

Sure, it’s as effective and truth-driven as any of the other ads in the series. But this one is notable for a few reasons.

First, it directly attacks the biggest issue I have with Apple products, in that they value form over function. This was implicitly stated by previous ads like this, but the tagline at the end—Siri’s sad question, “do you still think I’m pretty?”—suggests that’s all the iPad has going for it. Obviously, that’s not true, but it’s an effective message.

Second, this ad actually features Surface RT and its new $350. As you must know by now, Microsoft took an immediate $900 million write down so it could sell Surface RT at this price. This has led many to believe that Microsoft was on the verge of cancelling Surface RT (and/or Windows RT entirely). Not true. In fact, this is basically the strategy I advocated for RT at the start: Sell it at a loss to establish a user base because it’s otherwise too risky of a bet for average users.