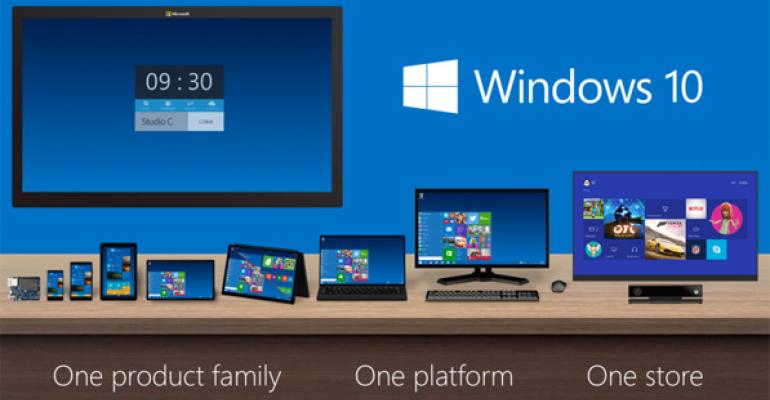 How Microsoft Hopes to Overcome the App Gap in 2015

It's all about a universal app platform

The app gap. It's all you ever hear about when it comes to Windows and Windows Phone these days. But the Windows Store ecosystem grew explosively this past year, and Microsoft says it has a plan for expanding on the momentum its mobile platform saw in 2014. Will it be enough?

To be clear, the app gap is real.

Assuming you could even convince an Android or iOS user to honestly examine the Windows Store platform (Windows + Windows Phone; hopefully this is just "Windows" going forward), if there is even a single important app missing, then it's game over. So we can talk all we want about momentum and app numbers, but the app gap really does need to be addressed. It's not the reason Windows Store is a distant number three. But it is a reason.

That said, 2015 won't make or break Windows Store. But it will be a big year with the expected combination of Windows and Windows Phone, the availability of a single store, and of course the functional and usability improvements in Windows 10. Point being, 2015 isn't when/whether Microsoft "abandons" Windows Phone or whatever, since so much is going on this coming year. And from the way Microsoft is talking, it clearly plans to improve things, not scale back.

Thurrott's law of small market share—yes, I just made that up—shows that giant growth for a product or service with tiny, single digit market share in an established market is meaningless in the short term. It's the reason that the Mac still has single digit market share worldwide despite 10+ years of absolutely destroying the growth rate of the overall PC market. So you should look at those numbers using a bit of common sense. Windows Store isn't exactly breathing down iOS's back here, folks.

But it is number three. The combined app base of Windows and Windows Phone is over 530,000, compared to about 1.3 million each for Android and iOS (as of this past fall). And Microsoft is combining its platforms, which should make that figure even more meaningful (right now about 2/3 of that is just Windows Phone apps), and is improving things in other ways.

The Microsoft blog post linked above steps through the developer opportunity. But I think the biggest things are first-to-market carrier billing in emerging markets—key for the very inexpensive devices that will drive the next 5 billion users—and ongoing improvements to the amazing AppStudio Beta, which makes app creation less daunting to beginners (and helps more experienced developers get started more quickly).

It also helps that over 90 percent of Windows app downloads and more than 65 percent of Windows Phone app downloads are coming from devices running version 8.1. That means that most of the users of this platform are on the latest version already, and they will be poised for an easy—and, I think, free—upgrade to Windows 10 in 2015. And Microsoft's strategy going forward is to provide developers with a single app platform that they can target across embedded devices, phones, tablets, laptops and convertibles, desktop PCs and Xbox One.

It makes sense. The question—the absolutely grating, gnawing question—is whether it will be enough. Given the timing of Windows 10 in late 2015, chances are good we still won't really have an answer at this time next year, which is a bit disarming. But for doubters, or those who fear that things are crashing down, the important point is this: 2015 is going to be a big year for Microsoft's mobile platform and not a retreat.