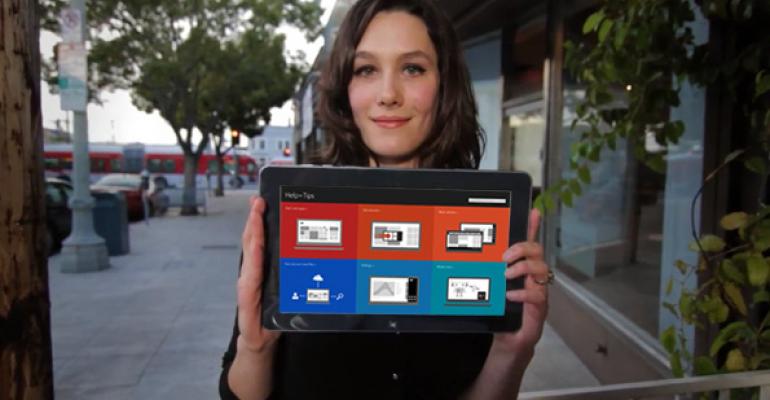 A year late, but still appreciated

In Windows 8.1, Microsoft is finally provided the kind of in-box help that it should have shipped with the initial versions of Windows 8 and RT. This help takes two main forms: Pop-up help tips for the hidden and undiscoverable new navigational UIs in the OS, and a new app called Help + Tips.

I won’t beat this to death here but suffice to say I’ve written and spoken a lot over the past two years about the inscrutable new UIs in Windows 8/RT—like Switcher, Start, Charms, and the hidden app bars in apps—which require users to mistakenly activate them to discover them. That is, they’re bad user interfaces because they’re so non-discoverable. That Microsoft got defensive about this—one executive chimed in with the pithy “we didn’t do it to spite you,” triggering the belief that that was exactly what they did—is the final insult cherry on top of this UI disaster sundae.

But hey, they’re fixing it now. What’s a year between friends?

The most obvious change with regards to help in Windows 8.1 is a new set of pop-up help tips related to three of the four most glaring UI disasters in Windows 8: Switcher (a new Metro-style app switching interface that cutely ignores individual desktop applications), Start (now less necessary because of the new visible Start button in Windows 8.1) and Charms (a set of system-level menus that appear in a bar on the right side of the screen if you make the right voodoo incantation).

It’s not yet clear to me under what circumstances these pop-up help tips appear, but they appear to appear when you’re fumbling around in an onscreen area near where the hidden UI would appear if you actually knew what you were doing.

Humorously, these tips are very reminiscent of a balloon help tip (“Start here!”) that Microsoft had to add to Windows 95 so that users would know to click the then-new Start button. One of the goals with Windows 8, supposedly, was that they would never need to do such a thing again. Oops.

Presented as a grid of tiles, Help + Tips provides reasonable overviews of basic Windows 8/RT/8.1 features and even includes short videos here and there. It has sections related to Start and apps, basic navigation, accounts, search, files and more but none are particularly deep. You can toggle between touch and mouse modes.

It’s all basic stuff, and the need for a Windows 8.1 Book is as necessary as ever. Speaking of which, someone should write that. :)