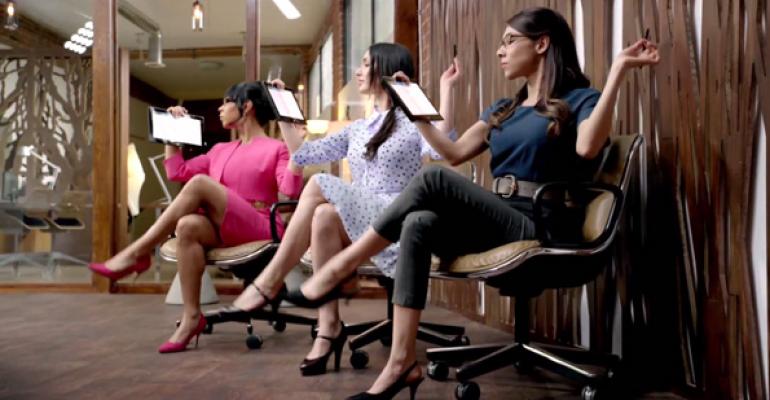 Another detour from our regularly scheduled programming.

We’re flying to Mexico tomorrow morning, marking my first real trip with Surface Pro. But on the eve of this trip, I’m starting to hedge my bets. And I’m not sure if Microsoft’s new tablet is going to make the cut as my only PC for this trip.

Don’t get me wrong, I’m bringing Surface Pro with me, and I’ll try to use it as much as possible. But I’m probably going to have to bring my usual portable—a large 15-inch Ultrabook—as well, just in case. What I’m worried about is that the Surface Pro’s cramped environment—a tiny 10.6-inch screen and the correspondingly small Type Cover keyboard—will simply prove too limiting.

Part of the reason this hasn’t been an issue so far is that I’ve been using Surface Pro at home with a USB-based docking station. This means I’m using the large, 27-inch screen, ergonomic Microsoft keyboard, and large Microsoft mouse that were previously attached to my desktop computer. Aside from a few small issues, using Surface Pro like has been no different from using that desktop PC.

I’ve tried to emulate the to-go experience by using Surface Pro around the house, and of course I’ve brought the device into Boston three times now for meetings, and used it with OneNote to take notes and with Microsoft Word to write articles. It works OK in these scenarios, but there are two issues, one of which is perhaps a bit unique to me.

The main issue, which I’ve documented previously, is the desktop scaling limitations that have been present in Windows for years. I’ve spent way too much time on this, and what I’ve settled on is entirely unacceptable: I use 100 percent screen scaling when tethered the USB dock and desktop display and 150 percent scaling when just using the Surface Pro. This means that I’m continually resizing and repositioning windows, and while it’s not quite maddening it would be if I did it more frequently.

The second issue is that I’m basically too big, and perhaps too old, to use Surface Pro effectively as a standalone portable computer. This screen is simply too small for me, no matter the screen scaling. There’s a reason my main portable PC has a 15-inch screen, and I just prefer the voluminous real estate such a screen affords. Related to this, however, is the keyboard: While I’ve never considered the Samsung Ultrabook’s keyboard to be anything other than average, it’s a much better experience for me, with my large hands, than is the Surface Pro’s Type Cover. I’m not going to give myself carpal tunnel to make a point.

That said, I’m going to try to use Surface Pro when possible. But should I require any lengthy typing sessions, I’m probably going to have to turn to the Ultrabook. This casts doubts on my long-term goals here, of course, but I still think this trip will provide some valuable experience with using Surface Pro in real world travel conditions, not to mention some more casual computing environments. I’ll try not to get sand on it.

And to be clear, many, many people will not have these issues. Most are smaller than me, and most don’t need to type as frequently as I do.