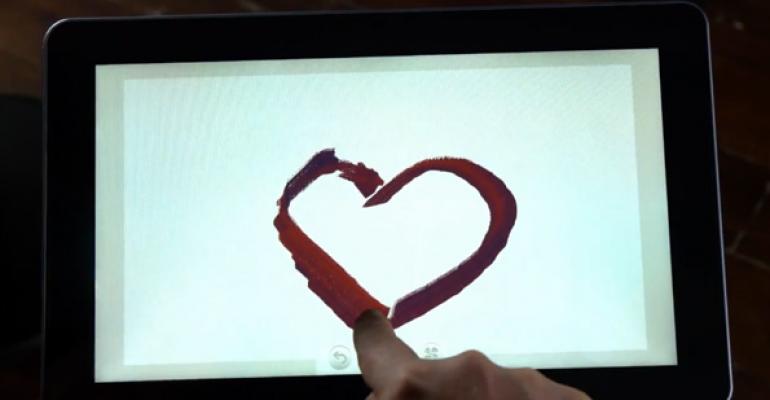 Fixing Windows 8: Advice for Users and for Microsoft

I like Windows 8, but it could be better. Here's how we get there today

My recent call for Microsoft to “bring back NT” garnered some interesting and predictably fractured feedback, with some claiming that it was at odds with my approach to Windows 8 over the past year. Not so: I like Windows 8, and I’ve used it full-time longer than most, for over 15 months. As such, I think I have a pretty reasonable perspective on its strengths and weaknesses.

To be clear, the article It’s Time to Bring Back NT was heartfelt. And it addressed two issues about Windows 8, both of which I think are important.

First, I do believe that Microsoft is on the edge of a precipice with regards to Windows 8 perception and that if the company continues to do nothing—or silently fix issues only very slowly—it is simply repeating the mistakes of the past, when it behaved similarly during the first year of Vista’s lifecycle and doomed that release to infamy. And no offense, Microsoft, but customers have alternatives now beyond expensive Macs being pushed by deceitful “I’m a Mac” ads on TV. Wake up.

Second, yes, it may be an old-timey thing to say, but NT stood for something. It meant something very positive, and while pundits, users, and tech enthusiasts allied to competing platforms could blissfully slag the DOS-based versions of Windows until they were blue in the face, they could not do so with NT. It was rock-solid, always was, at least until Microsoft made the other huge mistake of “integrating” the immature Internet Explorer into this system. And that unassailable nature is what’s missing from Windows today. Windows 8 is seen as a compromise, not a choice.

Looked at broadly, both of these issues fall into the same general category: They’re really just about perception. And perception is a tough thing, as we’ve seen over the years. It hardens people’s minds for or against a product regardless of merit. You eventually cross a line and then you can’t get it back.

With that in mind, I’d like to recap some of the conversations we’ve had here over the past few months, add a few thoughts related to the passage of time—I know, I know, some numbnut will always want to cart out a contradictory statement from years earlier because experience should never change one’s opinions—and try to sort out where we’re at with this stuff. And I have some advice, both for Microsoft and for those who are using, or trying to use, Windows 8.

You’re moving too slow. You’re being too quiet. And your decision to force users to embrace the Metro UI on non-touch devices and traditional PCs is sound strategically—after all, no one would choose a “Metro” tablet if it wasn’t Windows—but morally bankrupt. It’s insulting to the 1.3 billion users who got you here and to the businesses who may be your only viable customers in a few years.

Fixing Windows 8, however, is simple. And I’ve already written a series of articles explaining some of the reasonable steps you can take to make this system better for everyone. The best part? I don’t pretend that Metro isn’t the future and I try to work within your own vision for where computing is going.

Part 2: Boot to the Desktop

Part 6: Offer Desktop Apps in Windows Store ... For Both Windows 8 and RT

Depending on your needs, Windows 8 is either fine already or can easily be fixed.

Are you buying a tablet today? Choose Windows 8, and if battery life really matters, consider only Atom “Clover Trail” based systems. Do not choose Windows RT, which is a technological experiment at best and is incompatible with existing Windows software and much hardware too. Things may/will change: Windows RT will evolve, ARM hardware will evolve, and the Metro app selection can only improve. Until then, skip Windows RT.

If you are buying a Windows 8 tablet, don’t fear Metro. It works great on touch-enabled devices and is in fact a very natural environment.

Are you buying a Windows 8 PC today or looking to upgrade to Windows 8?

Don’t be afraid. Contrary to the haters, Windows 8 is what I think of as “Windows 7++,” it’s virtually everything that is good about that beloved previous release plus a ton of new features you can’t get anywhere else. And yes, that’s true even if you’re exclusively using the desktop.

That said, you may want to make a few changes…

Bring back the Start button and Start menu

Personally, I can live with the Metro-style Start screen. Yes, it’s a bit jarring to tap WINKEY from the desktop and have whole display change, but … you get used to it. If not, there are a ton of third-party utilities out there, some free, some paid, that will replace the Metro-style Start screen with a more traditional Start menu, similar to what we used in Windows 7.

The one I’ve used the most is Start8 from Stardock. It’s not free, but at $4.99 it’s cheap, and it does offer some very interesting and unique Start menu functionality. So while you can enable a Windows 7-like Start menu, you can optionally change it to an in-place, menu-based version of the Windows 8 Start screen instead. I prefer this approach because it retains the usage model of the base OS without the jarring flashback to a new screen.

I wrote about Start8 in Windows 8 Tip: Boot Directly to the Desktop with Start8 in July 2012.

Run Metro apps in a window

Stardock has provided another very useful utility for Windows 8 users with traditional, non-touch PCs: ModernMix, also $4.99, lets you run Metro apps in windows on top of the Windows desktop. It’s really well-done, too: You can now pin these apps to the taskbar, it will remember each app’s window size and onscreen position, and you can pick which apps run this way, while choosing to run others full-screen if desired. I have installed this utility on both of my primary-use PCs (tower PC and Ultrabook) and it’s made a huge difference in the way I work. I wrote about this utility recently in Windows 8 Tip: Run Metro Apps in Windows on the Desktop.

Look, we’re not going to really make any profound changes happen at Microsoft, I get that. Pragmatically, I’ve been recommending that users of the firm’s platforms learn the new way of doing things because this is indeed the future. And to that end, I’ve written over 60 Windows 8 tips and over a dozen Windows 8 feature focus articles, with more to come in each series.

NT’s not coming back, I know. But you can get closer to the NT ideal by using ModernMix and, if you’re really hardcore, Start8. There are huge benefits to being on Windows 8 even if you’re not touching the screen. Don’t let Microsoft’s ham-handed design decisions get in the way of a good experience.