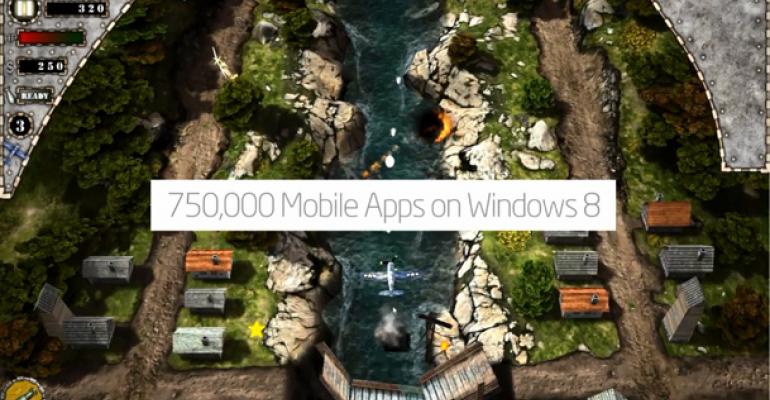 I’ve shied away from software emulation for a variety of reasons, but this week’s release of a Surface Pro-optimized version of the free Bluestacks emulator has me rethinking that stance. Plus, you can’t beat the 750,000 mobile apps that are available on Android, many of which may never be ported to Windows 8.

“The Surface Pro is an innovative device, but it has none of the top apps,” BlueStacks CEO Rosen Sharma told TechCrunch. “This fixes that and adds a lot of value for buyers.”

Bluestacks, if you’re not familiar, creates a popular Android emulation environment called App Player that’s available for modern Windows versions and the Mac. But this new release is optimized for Surface Pro. And that means a number of things: A true full-screen mode that works like Metro-style apps, a new Charms-like menu that appears using the same edge swipe, and full support for Surface Pro’s rotation and orientation capabilities.

I’ve only installed a few Android apps, but it appears to work as expected. For example, Temple Run 2 works in portrait mode, and all the onscreen swipes perform accurately, letting the game be played properly. And the Android version of Kindle supports that two column display I’ve been having trouble with in Windows 8. :)

If you’ve purchased a Surface Pro and are interested in running Android apps, be sure to check out Bluestacks App Player. I’ll be posting some comments about this in a future game-related article in the “Going Pro” series.

In the meantime, here's an introductory video: