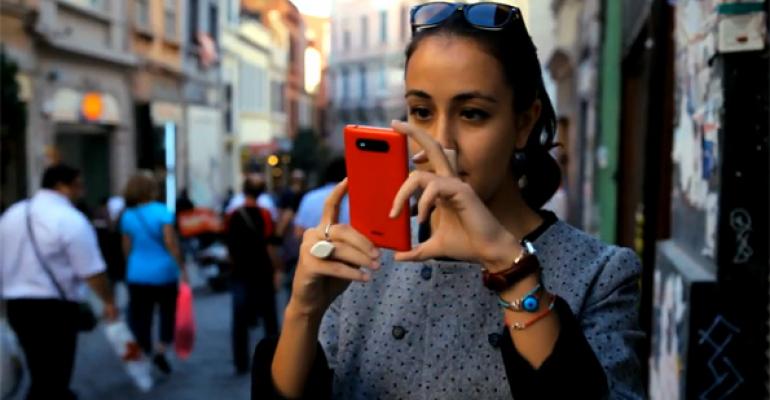 With Lens apps, your camera can keep getting better

Note: This tip is adapted from Windows Phone Book Chapter 15, Capturing and Enjoying Photos. I’ll be publishing an early look at this chapter soon.

Imagine if the camera in your smart phone were upgradeable? With Windows Phone, it is: You’re not stuck with the built-in Camera app and whatever features the device maker decided to build in. Instead, you can extend the capabilities of Camera with specials Lens apps called lenses. This way, you don’t need to worry about finding and launching a certain app to obtain a special camera capability as you do on other platforms. Everything you need is available directly from the familiar Camera app. There’s only one place to go.

Note: OK, not really. All lenses have an associated app as well. So you can launch them manually if you’re coming from an inferior phone like iPhone and simply can’t cope with doing everything yourself manually. Don’t worry, the elegant, integrated experiences will win you over eventually.

To find new lenses for your camera, launch the Camera app and tap the Lenses app bar button.

Note: At least one lens, Bing Vision, is installed on all Windows Phone 8 handsets. But your carrier or phone maker may have installed some lenses as well. Lenses appear as tiles over the viewfinder.

The Lenses list in Windows Phone Store will load. Here, you can find all of the available lenses that work with your phone. Lens are installed normally, like any other app. But as noted earlier, they integrate with the Camera app and can be launched from there.

While it’s not possible to review all of the lenses that are available in Windows Phone Store, a few do stand out. Here, I’m focusing on high quality entries from Microsoft and Nokia. Note that most Nokia apps—including lenses—are only available to users of Lumia handsets.

Augmented reality. Bing Vision is built into Windows Phone 8, and I wrote about it previously in Windows Phone 8 Tip: Find Out What You're Looking At: It understands QR codes, Microsoft Tags and bar codes; and CD, DVD, video game, and book covers and can even scan and translate text. Nokia’s stunning HERE City Lens overlays the best shops, restaurants and points of interest right on your display as you’re looking through the camera’s viewfinder. It’s absolutely amazing, and I’ll be writing more about this app soon.

Pick the best from multiple shots. Nokia Smart Shoot and Microsoft BLINK both offer interesting takes on the same concept. With Smart Shoot, you can take multiple images of a group shot and then pick out individual pieces—one person’s face from one photo, another from a second photo, and so on—and then stitch them into a single image in which no one is blinking or looking away. BLINK lets you capture a burst of images in sequence and then pick the best pictures from the series to save.

And much, much more. There are of course many other lenses, including those that offer various filters and effects, time lapse, night vision, and more.