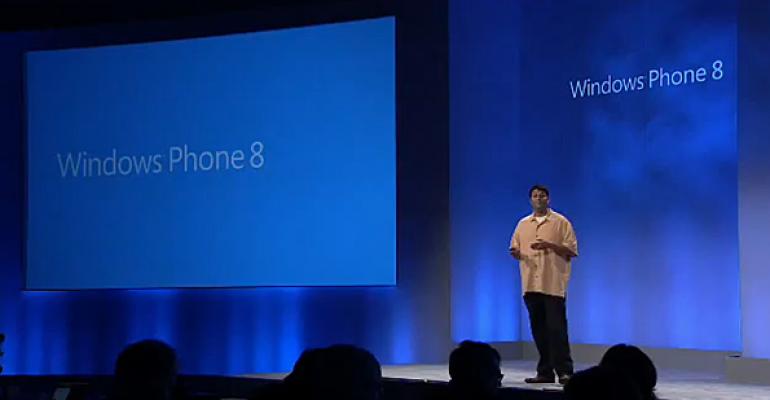 In first six months, a few wins, too many fails

Six months into the Windows Phone 8 lifecycle, it’s time to take a step back and see how Microsoft’s smart phone platform has fared since the latest release. I love Windows Phone, and it pains me to say that much work needs to be done.

Yesterday, I looked back on Windows 8’s first six months in the market. Check out Windows 8: A Six-Month Report Card for more information.

Initial software quality. Windows Phone 8 is a full-featured, mature, and capable mobile operating system that is not lacking in any meaningful way. The one regular ding is the apps selection: Critics still point out that some critical apps, like Instagram, are not present on Windows Phone 8. I have never felt that this was a serious issue beyond perception and that users’ fascination with apps is a temporary thing, an immaturity that will fade away as we become more comfortable with—and less awed by—these powerful little mobile computers. Windows Phone 8—the OS—makes competing mobile OSes look sad by comparison.

Servicing. Here, as always, we see Windows Phone’s Achilles Heel. Despite the best of intentions, Microsoft cannot upgrade the Windows Phone OS regularly, let alone on the monthly schedule they should be using. When you consider how frequently Microsoft updates the Surface tablets’ firmware—once a month—and the compare that to the track record with Windows Phone, you see the issue. Furthermore, because of Windows Phone’s reliance on integrated experiences—otherwise a strength of the system—Microsoft’s inability to update OS components makes this integration a liability over time. For example, it’s nice that the People hub offers Facebook integration, but Microsoft never updates the software to address new Facebook features: We still can’t add other people or a photo when we check-in to Facebook through the People hub’s Me feature, for example. And despite the fact that Windows Phone has been updated once a year for three years running, the next update, codenamed “Blue,” will allegedly slip into 2014. You gotta iterate, guys.

First-generation hardware. The first generation of Windows Phone 8 hardware got off to a slow start with just a handful of models. That said, two were excellent: The HTC Windows Phone 8X, which saw broad but uneven distribution (certain models/colors in only certain markets, some with wireless charging some without) and the Nokia Lumia 920, which was only available to select carriers in select markets. Over time, the situation improved dramatically thanks solely to Nokia (see below), while HTC has remained unchanged and Samsung has fallen off the map. If it weren’t for Nokia, this would be dire straits time. But Windows Phone lags behind Android in the specifications race regardless.

Nokia. One might make the argument, as I have, that Nokia is the single best thing that’s ever happened to Windows Phone. Everything they do is high quality. Nokia is essentially co-developing Windows Phone with Microsoft, has contributed significant location services-based IP to the platform (not to mention the incredible and free HERE apps), creates the best devices, makes the best apps, fields the best collection of hardware peripherals, and does more to spread the platform internationally than even Microsoft. I just wish there could be more Nokia, if that makes sense. These guys get it.

Broken promises. The Windows Phone team has never effectively communicated what they’re doing, and I find it odd and even damaging to the platform that certain executives answer individual user questions on Twitter while the broader team remains silent on key issues. Case in point: At the Windows Phone Summit last June, Microsoft made numerous promises about Windows Phone, none of which have ever been fully realized. They were going to assuage complaints about Windows Phone 8 not being backwards compatible by shipping a Windows Phone 7.8 update to current users, though most have never received it. There was going to be an enthusiast program for software updates early access that never materialized. A crucial new feature called Data Sense is available only on Verizon phones in the US for some reason, and another crucial new feature called Wallet only works fully in France right now for some reason. When you tack all this onto the other weirdnesses in platform feature availability (on-device podcast support anyone?) you have the makings of a disaster. This is a team that needs to take its own advice: Shut up and ship. And stay off Twitter unless you have something to say in an official capacity too. It’s embarrassing.

Cross-platform interoperability. With the switch to a Windows 8 core, Windows Phone 8 also adopted a new programming model based on that from Windows 8. That sounds great, but the Windows Phone 8 APIs—called WinPRT—are a subset of the Windows 8 APIs—called WinRT—plus some phone-specific features. So while it’s relatively easy to write apps for both platforms, you can’t actually make a single app for both, and I’ve yet to see any high-profile examples of an app that was co-developed for each simultaneously. Supposedly, this will improve with “Blue.” But the change to WinPRT was disruptive for those few developers who did invest in Windows Phone early. Hopefully this will bear fruit over time.