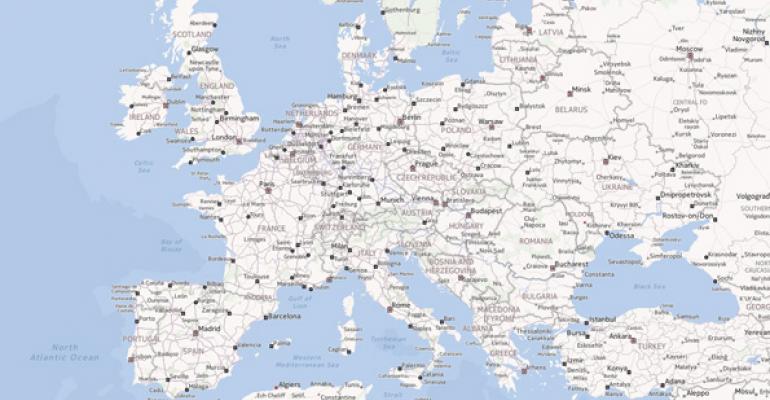 While Windows Phone 8 has certainly added many useful new features compared to its predecessor, it’s also a new platform and is missing some functionality that long-time Windows Phone users expect. Key among those, perhaps, is voice-guided turn-by-turn navigation.

If you’re familiar with Windows Phone 7.x, you know that the initial version of Microsoft’s mobile platform shipped with an app called Bing Maps that included a nice presentation and basic turn-by-turn capabilities. That is, while it didn’t offer an advanced features like a 3D view, it did offer spoken turn-by-turn directions using the standard overhead 2D map view.

It was better than nothing. And of course when Nokia entered the Windows Phone market, it brought with it its superior mapping technologies. In fact, these technologies were a key part of Nokia’s partnership with Microsoft, and there was a pledge that they would be integrated into the Windows Phone platform in the future, a situation that would benefit all Windows Phone handsets, not just those made by Nokia.

So what happened in Windows Phone 8?

(Note: On Nokia’s Windows Phone 8 devices, Bing Maps is replaced with Nokia Maps, which uses the same back-end but has a different user interface. While they’re functionally very similar, Nokia Maps does include a few added differentiators, such as directions that can include public transportation.)

But as is so often the case, where Microsoft giveth, Microsoft taketh away. While Bing Maps benefits from the inclusion of Nokia’s mapping technologies, it also suffers from Microsoft’s decision to remove turn-by-turn navigation from the app. In Windows Phone 8, turn-by-turn is a feature that is added via a new plug-in model. So while you can still get driving and walking directions in Maps in Windows Phone 8, turn-by-turn with spoken directions is available only through a separate app.

If you have a Nokia device, you’re all set. Lumia handsets include Nokia’s excellent Nokia Drive app, which includes turn-by-turn capabilities with audible directions. So when you trigger directions through Nokia Maps on those devices, Nokia Drive launches.

What you get on other handsets varies by both the hardware maker and the wireless carrier. And while Microsoft describes the new Maps plug-in model for turn-by-turn to be “more flexible — and ultimately more powerful,” I think you’ll agree that the real world result is that it stinks. Because while Nokia Lumia devices, iPhones and Android handsets all get turn-by-turn navigation capabilities for free, non-Nokia Windows Phone 8 handsets do not.

AT&T, for example, pushes its AT&T Navigator app. I’m sure it’s pretty good, but I’ll never try it because it costs $9.99 per month or $1.99 per day if you don’t want to subscribe.

A report in Pocket Lint from late October said that Nokia executives confirmed the release was happening “in the coming days.” (I’d ask Nokia to comment on this, but the firm has rarely answered any of my many emails so I’ve stopped trying.) But it’s unclear if it will be broadly available to all users, or just something that Nokia provides to handset makers. Furthermore, it’s not clear whether the app will be free on other phones.

Put simply, if turn-by-turn navigation is a big deal to you and you have to buy now, you want a Nokia handset. While many of Nokia’s Windows Phone apps are uninteresting, Nokia Drive isn’t just great, it’s a differentiator. And today, it’s only available on Lumia devices.