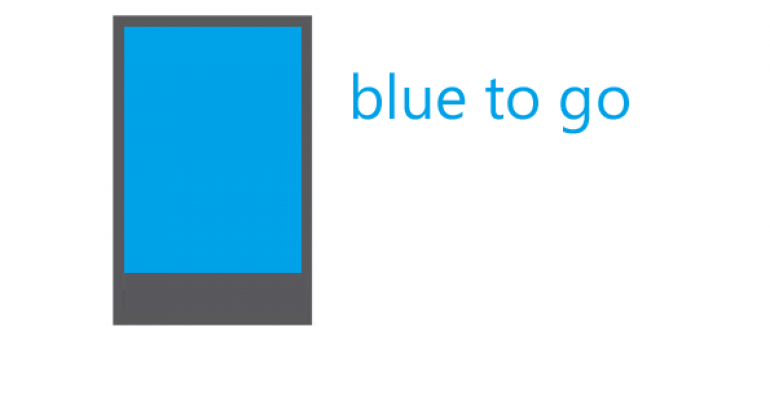 While Microsoft’s project “Blue” has gotten a lot of attention lately, many still think of this wave of updates as being only for Windows 8. But other products will be revamped as part of Blue, including Windows Phone. So let’s take a look at what we can expect to see from Blue, and from other updates that will appear first.

As with my original Blue article, simply called Blue, this one is based primarily on outside reporting, mostly from my Windows Weekly co-host Mary Jo Foley. So what I’m providing here is some perspective: This isn’t based on original reporting or my own sources.

As a recap, you may recall that Blue represents a set of “GA + 1” updates that Microsoft will provide for Windows 8/RT, Windows Phone 8, Windows Server 2012, and the so-called Windows Services (SkyDrive, Outlook.com and so on). In this context, GA means “general availability,” so GA + 1 suggests that these updates will occur sometime roughly one year after the original release of each affected system. So it’s likely that we’ll start to see “Blue” updates in late 2013.

From a positioning standpoint, Blue isn’t a service pack per se, but it’s being developed like one. And it may be helpful to think of this set of releases as cumulative updates that combine aspects of what used to be service packs (bug fixes) and feature packs (new features).

For the Windows and Server teams, Blue represents a faster development cycle, something we’re seeing elsewhere at Microsoft as well (for example in Office and Visual Studio). That is, rather than ship a new Windows version every three years, Microsoft will intend ship minor updates every year and then a major revision (like Windows 9) every three. So Blue is the first of these yearly updates.

According to Foley’s sources, however, Blue will be preceded by three interim updates, called General Distribution Releases, or GDRs. The first, codenamed “Portico,” already shipped and has been deployed to some Windows Phone 8 customers with Nokia Lumia 920 and 820 handsets, HTC Windows Phone 8X phones on AT&T, and HTC Windows Phone 8X handsets on Verizon, among others.

GDR2 is on the way next, and is rumored to be the OS version that will ship on HTC’s next handset, the “Tiara,” which could become available as soon as this summer. A GDR3 release is also planned. In this way, you can see that Microsoft is fulfilling what I see to be a need for more frequent updates, albeit with Phone, not Windows client.

Windows Phone Blue will come after these three GDRs, and could even slip into early 2014, ironically breaking Windows Phone’s three year run of yearly updates. (Foley notes that the name “Apollo Plus,” which had previously been used to describe post-Windows Phone 8 releases, is most likely akin to using the term v.Next, as in Xbox v.Next. So these 3 GDRs and Blue are all “Apollo Plus” releases, basically.)

Taking all this together, I wouldn’t be surprised to see Microsoft stick with the “8” branding for Windows client and Windows Phone until the Windows 9 generation is ready in late 2015, and that names such as Windows 8.1 or Windows Phone 8.5 would only confuse matters. By Windows 9, hopefully, Windows and Windows Phone will essentially be the same product.