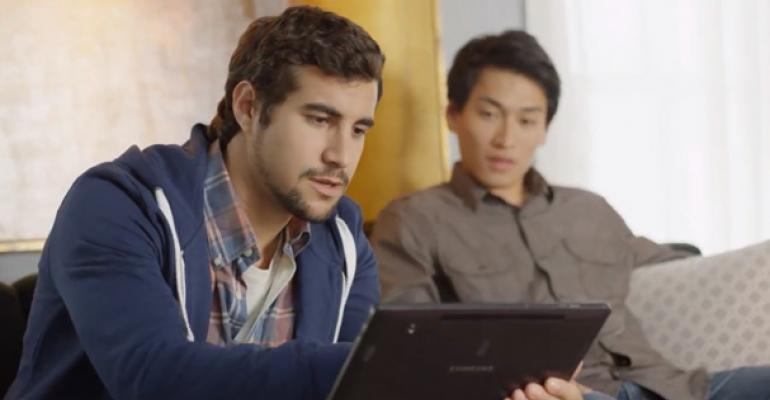 And with this, the organization of this books finally makes sense to me

In setting out to the write the Windows 8/RT chapter/section of Xbox Music Book, it suddenly occurred to me that the book could be organized in a better way. This update provides a peek at this type of organization, the reasoning behind it, and a small request to readers.

It’s important to remember the past.

In 1996-1997, I wrote a great little book called VBScript for the World Wide Web. I describe it as great not because I wrote it but because it is great, and that greatness came courtesy of my Big Tent cohort Adam Ray, who I’m now noticing was never properly thanked in the book for his input. Had I written the book as I had intended, I’m sure it would have been OK. But thanks to Adam’s immediate grasping of what was wrong with the book, I changed it according to his advice, turning something decent into something great.

So what was wrong with the book, you ask? I was writing it as I write most things, as a sort of plodding narrative. Reading an early draft, Adam quickly got a confused look on his face—not what you’re looking for when someone is critiquing your work, by the way—and told me it was all wrong. The series this book was to appear in, Peachpit’s “Visual Quickstart Guides,” was visual and task-oriented, he told me. I needed to change the book so that it focused on short, instructive tasks that readers could accomplish on their own.

And he was right. So I changed it. The chapter about Frames, for example, is broken up into tasks like “Creating a frameset,” “Accessing frames by number,” “Accessing a frame from another frame,” and so on. Short, digestible, and useful bites of information, each told with a minimum of text.

Xbox Music Book needs to be organized this way, too, I think.

That I came to this notion lying in bed this morning, not quite asleep, is perhaps an indication of how book writing really gets into your head, or as I’ve described in the past, is evidence of how broken writers must be. That’s another strory.

Getting up before it was fully light—you gotta love the winter—I sat at the kitchen table with a Surface tablet and a double espresso and considered how the Windows 8/RT chapter/section of the book might be organized into quick, bite-sized tasks. What I came up with is not exactly rocket science, but it looks like this so far…

·         Purchase and download music from the Xbox Music Store

·         Import your own music (including a Music library overview)

·         Make your music available on all your devices (cloud matching)

Now, this is a pretty small list, and I’m sure there are additional topics/tasks that can/should be covered here. (I’ll be writing about Play on Xbox, sync with Windows Phone 8, and other cross-platform tasks in a separate chapter/section.) And that’s where you come in, if you’re reading this:

If you have any suggestions about tasks related to Xbox Music on Windows 8/RT that can and should be covered here, please let me know.

I’m providing another partial book download below only so you can see how this structure impacts the book. I haven’t written much more at all, mostly just organizational bits in the Xbox Music for Windows 8 and Windows RT chapter/section, but I wanted you to get a feel for it.

Next up, I’ll develop similar task lists for the Xbox Music for Windows Phone 8 and Xbox Music for Xbox 360 chapters/sections as well and garner another round of feedback about that.

But this epiphany, such as it is, will impact Windows Phone Book as well. I was struggling a bit with the size and scope of that book, worried that it would balloon into a 1000-page behemoth that would take a year to write. One of the goals of this whole process—this new way of writing “books,” though that term may be out of date as well—was to change how the books are written as well as how they’re published. And while I think this web site will always have narrative-style posts and articles, I do of course publish a ton of task-based content as well. That’s what those series like Windows 8 Tips and Windows Phone 8 Tips are all about. I need to move this style to the books, clearly.