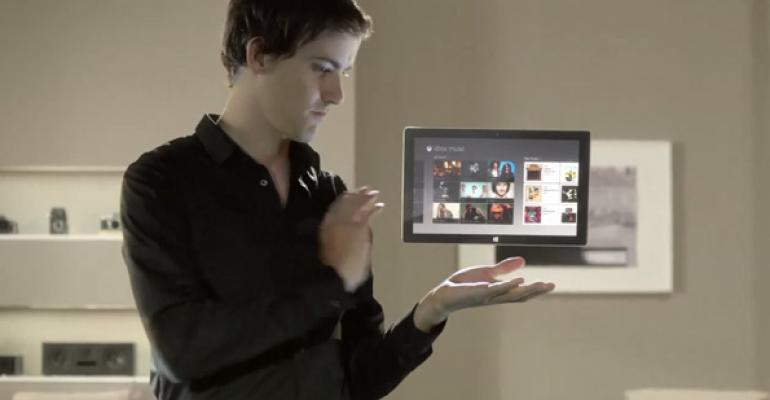 Xbox Music Book barrels towards completion, but there's still a lot to do

Here’s another interim update to the Xbox Music Book. This version includes more content in the sections about Windows 8/RT, Windows Phone 8, and Xbox 360.

Normally, I’d try to clean this up a bit more before posting it, but we have a classic New England blizzard bearing down on us, so I’m going to wrap up a bit early today. But there’s a lot here regardless.

It’s a bit of a mess, but I’ve added some content to the three big sections on Windows 8/RT, Windows Phone 8, and Xbox 360. I’m losing track of what’s new since the last release (Xbox Music Book 0.4), but off the top of my head, I’ve added the first Windows Phone 8 content and fleshed that out a bit, I’ve expanded the tasks in the Windows 8/RT sections, and I wrote a bit more in Xbox. I wasn’t able to finish the Xbox 360 section as expected/hoped. So I’ll focus on that next.

One of the things that happens at this phase of any book—and it’s interesting that switching from a fully narrative to a task-based approach hasn’t altered this—is that both the range of topics and the order in which they appear changes as you actually write it. The simple way to think about this is that it’s only clear that some topics are missing once you’ve written other bits. And as you’re writing, you’re always evaluating what needs to go where, since you should assume as you get deeper into it that foundational topics were covered previously (not later).

So in each of the three main topic areas for now—again, Windows 8/RT, Windows Phone 8, and Xbox 360—it’s a guarantee that I’ll need to add more tasks/topics as I do. That’s just what happens.

Current page count is 33 pages, but that’s because of some large images, and I still think I can keep it under 50 pages. Feedback is always appreciated.