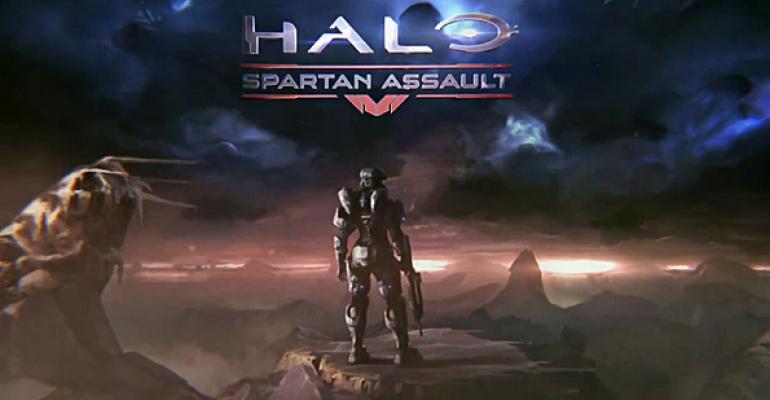 Microsoft announced today that it will be bringing a new kind of Halo game, called Halo: Spartan Assault, to Windows 8/RT and Windows Phone 8 in July. A top-down shooter, HSA isn’t a traditional Halo first-person shooter. But it could help these struggling platforms gain some acceptance.

Coincidentally, I was just arguing last week on Windows Weekly that Microsoft’s approach to game exclusives was wrong. Games like Halo should be Xbox exclusives, I argued: They should be Xbox LIVE exclusives, and should run (when possible) on all Xbox LIVE platforms, including Windows 8/RT and Windows Phone 8.

According to Microsoft, HSA is a completely new kind of Halo game that was designed for the touch screens used by Windows 8/RT tablets and Windows Phone 8 handsets. Graphically, it looks lush, and faithful to the Xbox-based Halo titles. And to be fair, as anyone who’s tried a first-person shooter on a tablet or phone can tell you, the play mechanics of such games don’t translate well to touch screens. So this may have been the right approach.

HSA was developed by 343 Industries (which now oversees Halo game development on consoles) in conjunction with Vanguard Games, Microsoft said. It is set between “Halo 3” and “Halo 4,” and gives you control of either Commander Sarah Palmer or Spartan Davis in 25 single-player missions featuring battles never before seen in the “Halo” universe.

There’s no multiplayer, but leaderboards, weekly challenges, difficulty modifier Skulls, and more than 40 earnable in-game Achievements and Medals will up the replayability. And Microsoft plans to release more in-game content (for purchase) in the months ahead as well.

The bad news? It’s expensive: $6.99. Something tells me that Halo fans won’t have a problem with that however.

Halo: Spartan Assault will be available for purchase on July 8.

Check out Halo: Spartan Assault Screenshots for more imagery from the game!