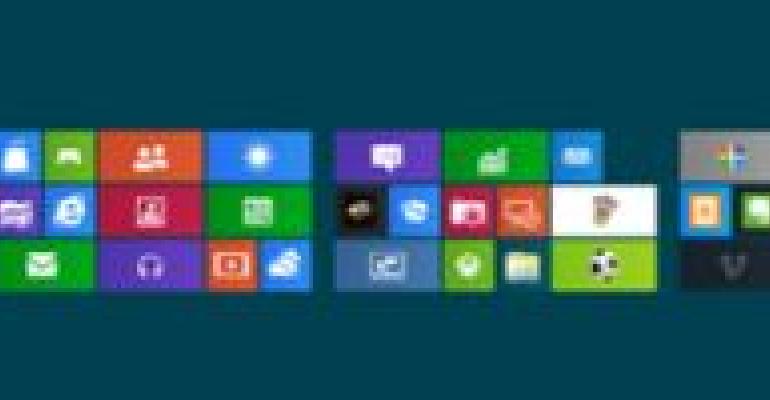 Jumping into the Microsoft Windows 8 Beta

Tim Huckaby looks at the Microsoft Windows 8 Beta implementation for the WinRT API, Metro UI, and the Windows Store.

We went almost six months between the Windows 8 Developer Preview and the recent release of the Windows 8 beta. Like many of you, we at InterKnowlogy have been feverishly prototyping interesting Metro solutions in R&D. At the same time, many of us were worried that the Windows team was going to break the API when they finally got around to releasing a beta, forcing developers to rebuild their solutions from scratch.

At Mobile World Congress 2012 in Barcelona, Spain, Microsoft announced the general availability of the Windows 8 beta, which Microsoft is officially calling the Windows 8 Consumer Preview. And we were all pleasantly surprised by the Consumer Preview, weren't we? Microsoft immediately experienced an Internet flash of over 1 million downloads for the beta. I did the four hour download of the bits and painstakingly followed the directions to make a bootable USB drive. By pushing combinations of buttons on my Samsung 700T1A, which requires the dexterity of a pianist, I prepped my tablet to be paved clean for the installation of the new Windows 8 beta. After booting from my Windows 8 USB key to start the installation, I received my first pleasant surprise. Windows 8 politely told me, "Hey dummy, you don't have to go through this pain. You can do an in-place upgrade." Silly me. With that time already wasted, I simply ran a setup from the downloaded bits, and the Windows 8 Consumer Preview flawlessly installed an in-place upgrade from the Developer Preview to the Consumer Preview.

Before diving into the Windows Runtime (WinRT) API, I really wanted to give Metro a run-through to see what was new and different. I'm fascinated with Metro's good usability design, but what was really disappointing about the Developer Preview was the fact that the Semantic Zoom feature was barely implemented. Semantic Zoom is a feature in Windows 8 that lets you pinch gesture a large group of icons, pictures, or tiles, and they change appearance by shrinking or growing. It's also an actual WinRT control that you can leverage in your own Metro apps.

This feature was heavily demoed at the Microsoft BUILD conference in September 2011, but it wasn't implemented well in the Developer Preview. I'm pleased to say it's beautifully implemented in the Consumer Preview. You'll have to see it to understand. Notice the difference in the tiles in Figure 1 before the pinch gesture and in Figure 2 after the pinch gesture has been performed.

Figure 1: Appearance of active and static tiles in the Metro UI before performing the pinch gesture

In Figure 2, notice that not only do the tiles have different content compared to Figure 1, (my email tile in Figure 1 changes from a preview of an email message to a simple email icon) but users also have access to the entire set of tiles on the screen as opposed to flicking though pages of tiles on the Metro desktop.

Figure 2: Appearance of active and static tiles in the Metro UI after the pinch gesture has been per

The next thing I did was race into the Windows Store. I had read that in this beta the Windows Store would be implemented, so I was curious to see what applications would be available. I assumed there would be nothing but a handful of sample Microsoft-built applications. In addition, I didn't know a way to get InterKnowlogy's customer applications into the Windows Store before the first Windows 8 beta. There's no formal beta or Technology Adoption Program (TAP), which Microsoft has used for the last decade to provide customers with first publicity by agreeing to be an early adopter of a new technology. Because of Microsoft's traditional method of providing a formal beta, I was consequently shocked to see several real applications in the Windows Store from businesses such as Kindle, Kayak, USA Today, Los Angeles Times, MSNBC, Evernote, and more, as Figure 3 shows.

There's one thing that I find to be exciting, new, and different, which is a by-product of the new secret world of Microsoft. After 13 years of being a Microsoft super partner and being awarded multiple times as the application development partner of the year, I knew about every big announcement that Microsoft would make well in advance. In this new world of Microsoft secrecy, I find that every time there's a big announcement, such as the new Windows 8 beta, everything is a surprise for me. I like it. Maybe their strategy is working; it's working for me, at least.

I hoped that Microsoft wouldn't break the interface for WinRT in the new beta. Actually, I found that a lot of the WinRT API is implemented. However, the Visual Studio solution and project files are broken with the new beta. However, it's a simple process to create new project files and paste in the code from the original project files. Initial thoughts from InterKnowlogy's engineering team are that with the Windows 8 beta, we can turn proofs of concepts into real Windows 8 Metro apps. Of course, the only trick is to figure out how to get applications into the Windows Store before it goes big and public. But, if those companies I mentioned above can figure out how to do it, then I'm sure that you and I can, too.