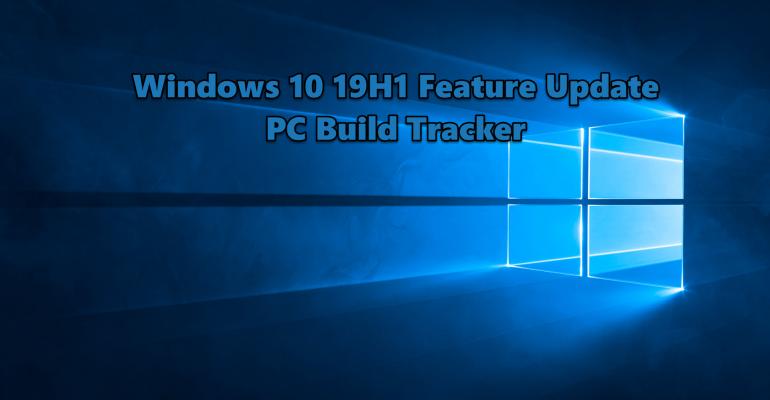 Start Slideshow ›
We track the history of the development builds released for the 19H1 Feature Update for Windows 10 which will be the seventh overall for Microsoft's client operating system.

The seventh feature update for Windows 10 is known by the code name 19H1 and Microsoft has begun releasing builds in this new development branch as they wrap up work on Redstone 5.

The 19H1 Feature Update for Windows 10 is expected to be released in the March/April 2019 time frame.

There is often no indication that a build will be released until it is announced by the Windows Insider team and there is no schedule for when these builds will be flighted, Microsoft's process of evaluating a build for public release, but weekly releases are the norm in most circumstances.

Here at ITPro Today we track these build releases during each development cycle and this gallery documents the sequence of those releases from Microsoft. The builds will be listed in the order they have been released by Microsoft, with the latest build listed first. Just click through the gallery images to see the sequence of builds along with the build number and date of release.

May 21, 2019: Microsoft released the Windows 10 May 2019 Update, Version 1903, to the general public. Details on the release, download availabiity information, and resources are available in our Windows 10 Version 1903 Update Enterprise Rollout Begins article.

Note: Microsoft is retiring the Redstone code name for OS development with the 19H1 designation replacing it for future feature update development. The code name breaks down into two elements with the 19 representing the year of the updates release and the H1 indicating it is going to be released in the first half of 2019. The next update will be code named 19H2 to indicate the second half of 2019 for its release. Subsequent update development cycles are expected to follow similar naming formats.