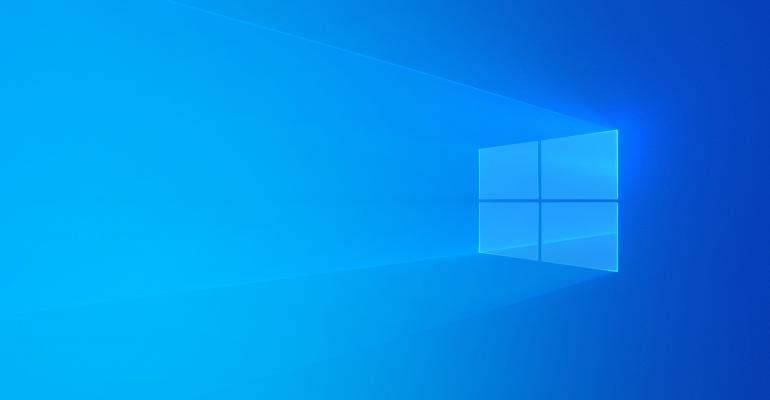 Changes to Microsoft's Windows 10 development process might indicate the software giant is listening to its customers about the brisk pace of semi-annual feature update releases. Also: the Zoho Office Suite gains AI enhancements, healthcare and IT was the focus this past week at the annual HIMSS19 conference, and Slack wants third-party developers to embrace their platform.

Microsoft's Windows 10 has been around since July 2015 and there have been six major feature updates released over that time frame with the seventh one (19H1) currently in the final stages of development.

One of the ways Windows 10 differs from its predecessors is in its update and release cycles: Microsoft has steadily released two of feature updates each calendar year, one in the Spring and the other in the Fall, under a process it refers to as Windows as a Service (WaaS). The company has stood very firmly behind the approach despite concerns from enterprise and business customers about the pace of updates. However, a recent change in the Windows Insider program might be pointing to a change in this philosophy.

This week Microsoft released a Skip Ahead build (18836) to Windows Insiders. While a Skip Ahead build is not uncommon in the months leading to an upcoming feature updates development, Microsoft's Windows 10 (19H1) is being stabilized for general release in the next 6 to 8 weeks, what is unique about this release is that it is for the first feature update of 2020 instead of the second feature update of 2019. Since the Skip Ahead ring was established in July 2017, this ring has always been used to fork the builds of Windows 10 from the upcoming release branch so that initial work could begin on pre-release builds for that next feature update.

When you take a look at the release notes for Windows 10 (20H1) Build 18836, the Windows team explains this change in the lead paragraph:

Shifting the Skip Ahead ring as previously mentioned will move the 20H1 feature update to about a 12-month development cycle. No previous release of Windows 10 has ever had 12 months in development. This is likely an effort to not only get ahead of features that require a longer lead time but to also extend the development cycle so it is not so compressed and gain more time for stability efforts in the final few months. Currently, each feature update gets about 6 weeks to focus on stability in those final builds before general availability.

After the issues surrounding both the Windows 10 Version 1803 (April 2018 Update) and 1809 (October 2018 Update) feature updates last year, slowing the pace of updates so as to improve stability is a good move both for the company and or customers. Since the end of lifecycle support date for Windows 7 is less than a year away, the company really needs to land a successful release in order to regain some trust from enterprise and businesses customers.

The other aspect of Microsoft's Windows 10 development that could be changing is the purpose behind the second update in each calendar year. As noted above by Microsoft, 19H2 bits will be available to Windows Insiders for testing once 19H1 is nearly finished and ready. This might be pointing towards an update for Windows 10 that is not focused on new features and capabilities but on stability. This update would also be used for fit and finish across the operating systems user interface and inbox apps to add some consistency to the look and feel of the OS which can feel very rough right now.

If this is Microsoft moving towards listening to the concerns of their partners and customers about the pace of Windows 10 updates, then making changes like those noted above make a lot of sense. It allows the company to keep using WaaS to cycle through updates for the OS using a Major/Minor update approach. The spring update could be a full feature update including new capabilities and enhancements while the fall update doesn't introduce any new features but pays attention to system stability. Currently, Microsoft supports the fall update for a full 30 months and enterprise/business customers would be more likely to migrate to a stability update six months after it was released as a new feature update.

Microsoft has not returned requests for comment at this time.

At HIMSS19 -- a conference based around healthcare and IT -- several enterprise giants unveiled details of how their products would work with contemporary healthcare systems. Microsoft announced that it's implemented the FHIR standard (Fast Healthcare Interoperability Resources) in Teams, thus positioning the collaborative workspace as ready to integrate with electronic health records systems; it's also stressing Teams' ability to act as a secure messaging environment for medical team communications. Apple announced that it is working with the U.S. Department of Veterans Affairs to make patient records available via its Health app on the iPhone. Finally, Google announced the Healthcare Datathon Launcher, which provides a secure computing environment for datathons, and making radiology datasets publicly available to researchers with the Google Healthcare API.

Slack is trying to encourage developers to build apps and integrations into its collaborative workspace service. The company released Block Kit Builder, a way to prototype what apps will look like in Slack and change code on the fly, plus Block Kit, a framework to control how information is presented in any app that's integrated into Slack. The app integrations are part of the company's effort to counter Microsoft's increasing integration of its own apps into rival Teams.