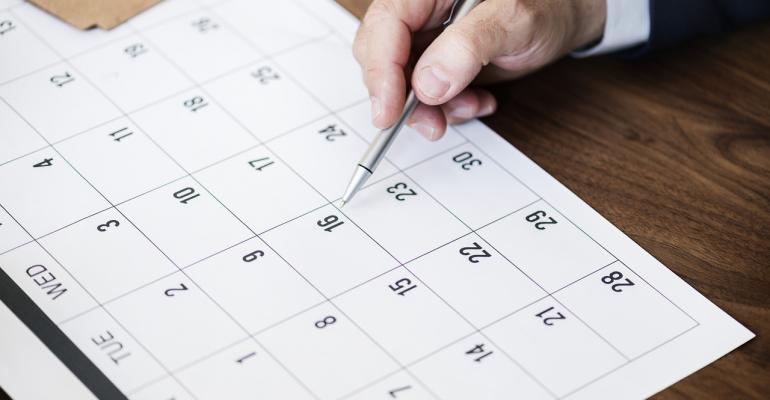 The company's changes to support indicate a more budget- and upgrade-friendly shift in future Windows 10 support cycles for Enterprise and Education customers.

Expecting enterprise and education customers to migrate users from one feature update of Windows 10 to another in 18-month increments was always going to be a tough sell for Microsoft. These types of organizations already move at a much slower pace because they are used to new versions of Windows only being released once about every three years. Now Microsoft support for Windows 10, under the auspices of Windows as a Service (WaaS), is getting a significant adjustment.

Microsoft will shift the formal support lifecycle for the September targeted, aka semi-annual feature updates, releases from 18 months to a full 30 months. This 2 ½ year support extension will apply to enterprise and education customers beginning with the Windows 10 Redstone 5 feature update which will be named the October 2018 Update and is expected to roll out next month.

Microsoft is also extending the support dates for all currently supported feature updates of Windows 10 Enterprise and Education to a full 30-month cycle from their original release date. The goal of this change is to provide those organizations more time to migrate to a new feature update release.

This modification of support windows is a move by Microsoft, with less than16 months of lifecycle support left for Windows 7, to encourage these large customer bases to migrate to Windows 10, because they now know they don't have to maintain a speedy every-18-month pace of operating system upgrades. (It appears corporate migration has slowed; the company has been stuck on nearly 700 million Windows 10 users. The company is likely to expect these changes to help kick that number into a much higher gear.)

Dux Raymond Sy, the Chief Marketing Officer of AvePoint a Microsoft cloud services provider, agrees. "I think this announcement is a great step to help customers streamline the management of their Windows updates with Windows as a Service. Large enterprises move slower so when they extend access to new releases it just makes sense so this is a good thing for those customers."

In the blog post "Helping customers shift to a modern desktop," Microsoft’s Jared Spataro, the Corporate VP for Office and Windows Marketing shares details of this support cycle shift. In addition, he provides the companies plan to give these customers support tools to help with their Windows 10 deployments.

The first two items are tools to prepare enterprise and education customers for their migrations to Windows 10.

Desktop Analytics is an expansion of Windows Analytics that provides a cloud-based tool that is part of System Center Configuration Manager. When used, it creates an inventory of the apps currently in use across the organization and analyzes the apps' compatibility against features in Windows 10 and Office 365 ProPlus. Minimal pilot groups will then be created consisting of a cross-section of devices in your organization running these apps to collect and evaluate the apps compatibility including potential issues. This data is then compared to other companies running similar configurations to help determine any other concerns that might need to be addressed before a migration.

Microsoft support for Windows 10 and specifically migrations extends to the next program the company is announcing this week – Desktop App Assure. It builds upon the confidence Microsoft has in its data and tools like Windows and Desktop Analytics to provide data which will help to prevent app compatibility issues during a migration.

Spataro states that Microsoft has found 99% of apps are compatible with Windows 10; if they work on Windows 7, you can expect them to work on the new operating system once you migrate. However, if you do discover an app compatibility issue using these tools, then Microsoft’s Desktop App Assure program will take those issues through a trouble ticket system and assign an engineer to work with you and address the compatibility concern.

The last element of today’s announcements is the shift in Microsoft Windows 10 support and servicing for Enterprise and Education customers.

Now that just 16 months are left in the extended support lifecycle for Windows 7, Microsoft is also making customers aware that they will offer Extended Security Updates (ESU) for those who require it after the January 2020 end date of the operating systems support. This is sold by Microsoft on a per-device basis and there are annual price increases to continue receiving that support. The Windows 7 ESU will only be provided until January 2023 so the sooner migrations occur the better when it comes to the overall cost of that support. This service is available to Windows 7 Professional and enterprise customers in the Volume Licensing program. It is discounted for those under Windows software assurance or already subscribed to Windows 10 Enterprise or Education.

Sy added, "There are a lot of Line of Business apps and systems that permeate the enterprise like SalesForce and AvePoint solutions that are already updating at a much faster pace. Many across the enterprise are starting to get used to the idea of these incremental updates that do not impact too much on user adoption. These more regular updates to Windows and the extended support window will now be much easier to handle because it is the same operating system and not a brand new release every three years."