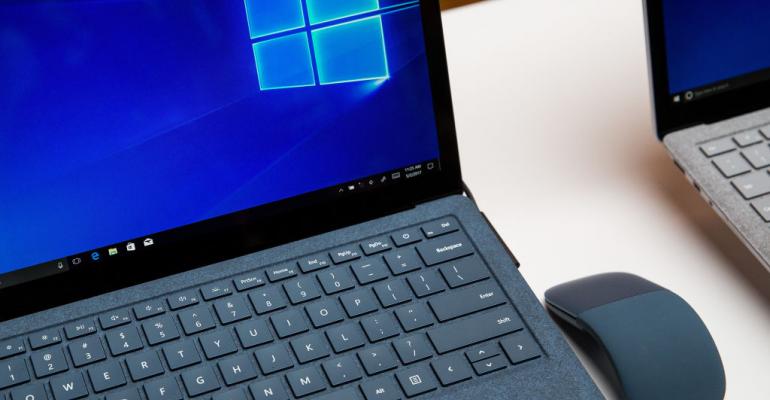 By comparing Windows 10 versions, we'll help you understand what type of user each edition is targeted towards and what benefits each provides when deployed across an organization.

Windows 10 is nearly six years old and much has changed: Microsoft’s flagship operating system has shifted to a Windows as a Service (WaaS) model and some editions have eased into retirement, like the now-defunct Windows 10 Mobile and Windows 10 Mobile Enterprise.

When comparing Windows 10 versions today, it can be confusing to see which editions of the operating system are still iterating and updating – and when they can be used. For that reason, we’ve refreshed our guide to all the editions of Windows 10 that could be on an end users device.

Here is a rundown to help in comparing Windows 10 versions that are currently available.

This is the version that is pre-installed on nearly every Windows 10-based device. Windows 10 Home does benefit from being the entry level version of the operating system, however, because new security features and enhancements end up on this edition. Thanks to a common code base across most versions of Windows 10, security features such as Windows Hello, device encryption, secure boot and Windows Defender Antivirus are standard fare for the Windows 10 Home user. Of course, this version also lacks all the hooks to make it a manageable end point for enterprises – that is why it is called Windows 10 Home.

When comparing Windows 10 versions, Windows 10 Pro is the right choice for advanced users, enthusiasts and SMB’s looking to implement some remote control and support for their users and devices.

This edition of Windows 10 mirrors the feature set of Windows 10 Pro with a few differences. The key difference is that this version of Windows 10 supports workstations with up to 6TB of memory and 4 CPUs. These types of powerful computers are for users such as data scientists who must crunch a large volume of numbers, architects, those who use CAD software for design, researchers in a wide range of fields, and teams producing graphics, media, and animations. It utilizes a feature called persistent memory, which is unavailable in Windows 10 Pro, to perform automatic repair for any data corruption and to regularly save data to prevent critical failures resulting in the loss of data.

Microsoft considers this version of Windows 10 as the foundation for businesses and enterprises who need security, reliability and management controls for the devices in their organizations. When comparing Windows 10 versions, Windows 10 Enterprise has all the features of Windows 10 Pro but with some significant additions for enhanced data security.

Among those extra features are: Windows Defender Credential Guard to prevent access to anyone except privileged users; Windows Defender Application Guard to protect against malware and other threats encountered online when browsing with Microsoft Edge; and Microsoft Defender Advanced Threat Protection (ATP) to bring all of these security features together for all managed endpoints.

Finally, Windows 10 Enterprise also supports Windows 10 Long Term Servicing Channel (LTSC) for devices that need to avoid feature changes and upgrades over time. This includes medical devices, industrial control systems and similar devices. Updates for LTSC are released every 2 to 3 years instead of every six months and each release is supported for 10 years.

With Windows 10 Enterprise as its baseline, Windows 10 for Education gives administrators enterprise-level end point management and security, which is necessary in an environment where devices are shared by multiple users. This version of Windows 10 has a collection of default settings for education users that disable consumer-style features such as tips, tricks and suggestions from the Microsoft Store.

This allows for a distraction-free environment focused on learning tasks but with all the enterprise level data, security and threat protections to protect users and schools.

This version of Windows 10 uses Windows 10 Pro as its baseline. That means it will be missing some of the more advanced features of Windows 10 Education, which is based on Windows 10 Enterprise, but will still offer advanced security and some remote management capabilities.

Ideally, Windows 10 Pro Education is for those institutions who are like an SMB and do not need the advanced remote management features of the Enterprise-based version of Windows 10 Education.

Technically called Media Feature Packs for Windows 10, these software packages convert Windows 10 (Home, Pro and Enterprise) to editions of Windows 10 that are only available to customers in Europe (Windows 10 N Edition) and those in South Korea (Windows 10 KN).

These editions exist due to a ruling by the European Commission in 2004 concerning what were determined to be anti-competitive practices by Microsoft. Specifically, the bundling of media capabilities in the core operating system.

The Windows 10 N and Windows 10 KN editions have had media-related technologies stripped from the OS. This includes features such as Windows Media Player, apps such as Groove, Movies & TV, Voice Recorder and Skype. Instead the end user of these two editions of Windows 10 must install other software to regain that media functionality on their devices.

Other key Windows 10 features that are also not available on these editions of Windows 10 include Cortana, Windows Mixed Reality, Windows Hello, Game DVR, and PDF viewing in Microsoft Edge.