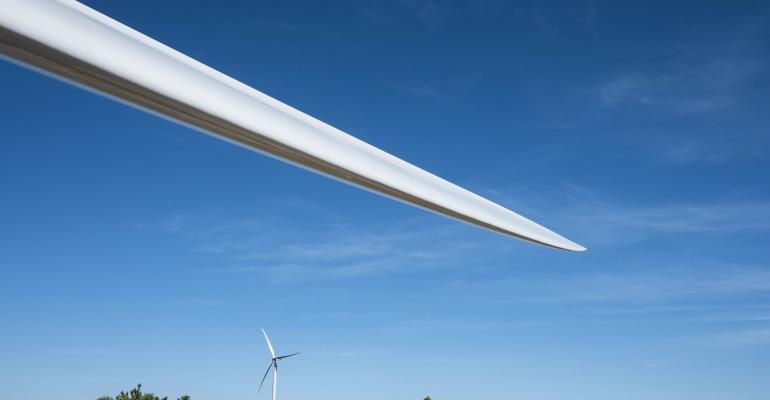 Google and France’s Engie Team Up to Accelerate Wind Power

Google is selling the service through its cloud division, which is trying to lure clients with tools for managing energy usage and reducing emissions. Early tests on Google’s data centers improved the value of wind energy by 20 percent.

(Bloomberg) -- French utility Engie SA will begin using an experimental technology from Google that aims to boost efficiency and power from wind farms, the companies announced on Wednesday.

Google is selling the service through its cloud division, which is trying to lure clients with tools for managing energy usage and reducing emissions. In 2019, Google said it worked with DeepMind, a sister company of parent Alphabet Inc., to make artificial intelligence software that could predict wind power output thirty-six hours in advance. That would let energy providers schedule inputs into energy grids ahead of time with more accuracy, countering some of the unpredictability of wind generation. Early tests on Google’s data centers improved the value of wind energy by 20 percent, according to Google.

For utility customers, Google's AI service offers forecasts that can sharpen their decisions when they buy and sell in energy markets, said Larry Cochrane, director of global energy solutions for Google Cloud. “The best way to think about it is as a trading recommendations tool,” he said.

Engie will be the first customer to use Google’s feature, starting with the utility’s wind portfolio in Germany. If the pilot program is successful, the companies plan to expand across Europe, Cochrane said. The companies did not share financial terms. According to Cochrane, Google may soon offer similar forecasting services for other renewable markets like solar power and storage.

The French utility plans to more than double its renewable power generation to 80 gigawatts by 2030, despite a recent uptick in prices for solar panels and wind turbines. Previously, Engie has publicized its work with Amazon Web Services, a Google cloud rival.