/sites/all/themes/penton_subtheme_itprotoday/images/logos/footer.png
Recent
Recent
How to Use Synthetic Datasets in Machine Learning Models
May 19, 2022
DeepMind’s Gato: A Step Towards Artificial General Intelligence?
May 17, 2022
Mastercard Begins Facial-Recognition Rollout With Retailers
May 17, 2022
Report Details Challenges of Self-Built Edge Messaging Infrastructure
May 17, 2022
Featured
5 Best Practices for Compliance-Proofing Your Cloud Strategy
May 18, 2022
4 Reasons Why AWS Could Lose Its Dominant Cloud Market Share
May 10, 2022
How to Spot the Warning Signs of Ransomware Attacks
Apr 20, 2022
Best Windows 11 Tips and Tricks: Top 11 Articles
Mar 18, 2022
Michael Otey's Blog
brought to you by 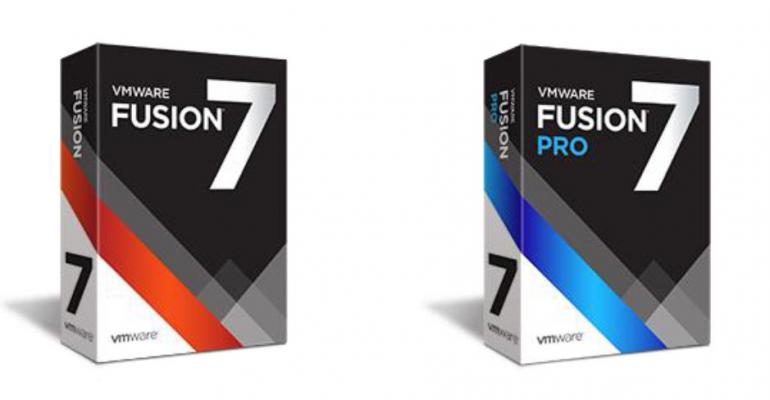 If you look around at any conference or meeting these days, one of the things that’s likely to jump out at you is how many people are using Apple laptops – either Macbook Pros or Macbook Airs – even in organizations where Windows and the Microsoft stack are prevalent. VMware’s Fusion is one of the technologies that makes it possible to use the Mac in a Windows world by enabling you to run multiple Windows and even Apple OS X VMs on your Mac.

On September 3rd, 2014 VMware launched their latest release of Fusion 7. Nicholas Rochard, Director Product Marketing at VMware, and Simon Bennett, Senior Product Line Manager at VMware, talked with me about some of the new features that VMware has added to their latest Fusion 7 release. VMware makes two editions: Fusion 7 and Fusion 7 Pro. Fusion 7 is targeted for the consumer market while Fusion 7 is targeted toward business users. Both are designed to take advantage of the new features in OS X Yosemite and the latest Mac hardware. They support Apple’s latest Intel Haswell and Broadwell processors. VM scalability has also been increased with support for up to 16 vCPUs, 64 GB of RAM, and up to 2 GB of video per VM. The new Fusion 7 release has a 43% performance improvement for CPU intensive operations and 42% reduced energy consumption.

Like you might expect, Fusion 7 Pro provides a number of important business features that go beyond what’s available in Fusion 7.  Fusion 7 Pro has broader OS support including support for Windows 7, Windows 8, Windows 8.1, Windows Server 2012 / R2, OS X, and most Linux distributions. It offers a unique dual GPU capability with automatic switching between the discrete or integrated GPU as well as the ability to select either the integrated or discrete GPU for a VM. iSight support provides video conferencing for VMs. There is also a new remote connection capability that enables you to run VMs on connected vSphere servers.