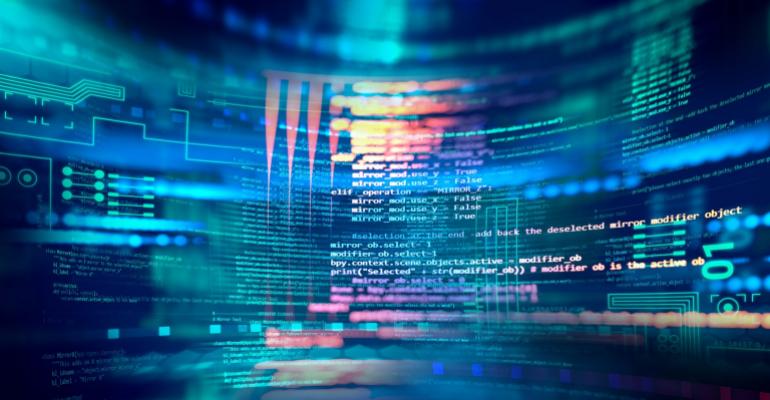 Most Popular Programming Languages: What’s Hot, What’s Not in 2022

Compared to most other corners of the IT ecosystem, programming languages are a relatively boring topic. They don’t tend to change very fast or often. There’s a decent chance that the languages you learned 20 years ago — if you were even old enough to be coding then — are still the languages you’re using today.

But that doesn’t mean that languages don’t wane and wax in popularity (even on a regional basis). There may not have been any seismic shifts in the programming language scene in recent years, but there are some trends worth noting about which languages are becoming more and less popular than they were.

Toward that end, here’s an overview of the state of programming languages in 2022.

Python Remains as Popular as Ever

For years, Python has been among the most popular programming languages. There are no signs that that will change anytime soon: Python remains in the top slot on the TIOBE Index, which tracks the popularity of coding languages.

That doesn’t mean you absolutely need to learn Python — it has its drawbacks — but it does mean that developers who can code in Python are likely to be in high demand for the foreseeable future.

Like Python, Java has long been among the most popular programming languages. In fact, for a long time, Java was more popular than Python.

But that’s no longer true. Although Java remains widely used, its popularity has very slowly declined over the past decade. The decline isn’t totally steady; at times, Java has seemed to enjoy brief upticks in popularity.

But overall, it seems clear that — while Java will almost certainly remain a major part of codebases for decades to come — it will probably never again be among the very most popular programming languages.

Perl and PHP: Languages Whose Heyday Has Passed

Like Java, Perl and PHP have been slipping in popularity for some time. Unlike Java, however, they seem to be slipping pretty fast.

PHP has fallen out of the top 10 languages, according to TIOBE. And Perl is just barely among the top 20.

It’s hard to imagine PHP falling completely off the map, given its use in massively popular platforms like WordPress. But it’s also hard to imagine many Web developers choosing to use PHP for new projects today.

As for Perl, I can foresee a day where it’s not used at all, at least beyond the die-hard *nix crowd. Perl is a cool scripting language, but it never became a central component of critical applications or platforms.

MATLAB is like Perl in that it’s an interpreted language that, by all appearances, is not really used as a serious application programming language. The only time I’ve encountered MATLAB is in college programming courses.

To be fair, MATLAB has real-world applications in areas like statistics. But it would be hard to argue that it’s the very best language for most of those use cases.

And yet, TIOBE says that MATLAB ranks 16th on the list of most popular programming languages, a position that hasn’t changed since at least 2021. It’s hard to know whether this status simply reflects widespread use of MATLAB by college students. But the fact is that MATLAB seems to be here to stay, even if some folks debate whether it’s a “respectable” language.

R Seems to Be Declining

Some folks in recent years have predicted that Python would kill off R, the language widely used for data processing.

Still, R usage does seem to be slipping. It’s down from ninth place a year ago to 12th in early 2022 on the TIOBE Index.

C, C++ and C# Remain Among the Top Languages

The stories of the C, C++ and C# programming languages are similar to those of Python: They remain enduringly popular, and there is no sign that that will change anytime soon.

In some ways, it’s easy to take the endurance of these languages for granted, given how many applications (and even operating systems) are written in them.

But when you realize that C is now a full half-century old, it’s remarkable that it remains so widely used. (C++ and C# are newer, so their popularity is a bit less surprising.) You might think that developers would have come up with a faster, less messy or easier-to-use language than C in the years since the Nixon presidency, but you’d be wrong.

Go and Rust Are Hot, but Not Widely Used

For the better part of a decade, Go and Rust have stood out for being among the most buzzworthy programming languages. Go is great for microservices development, we’ve been told, and Rust makes your applications more secure — when you use it properly, at least.

These things may be true. It’s also true that Go and Rust have solid followings. Yet, when you look at the numbers, you notice that neither of these languages even makes it into the top 10. Go stands in 13th place and Rust in 26th on the TIOBE Index.

Qualitatively speaking, I can’t say that I’ve noticed a decline in the buzz surrounding either Go or Rust in recent years. But it doesn’t seem that that buzz is ever going to translate into truly widespread adoption of either Rust or Go.

All in all, the state of programming languages as of early 2022 is not a whole lot different than it was a year ago. Still, from the slow decline of Java to the faster decline of PHP and Perl, noteworthy trends exist. Don’t expect any major programming languages in 2022 to totally disappear, but prepare for a world that is even more Python-centric — and where MATLAB somehow remains super popular.