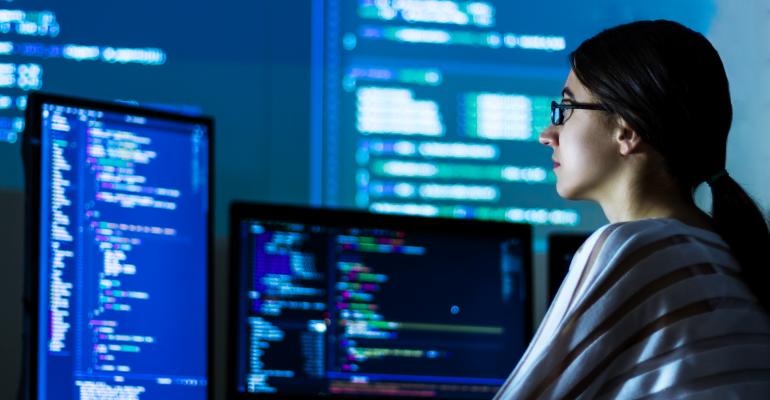 3 Reasons Why Learning Python Does (and Doesn’t) Make Sense

Python is one of the most popular programming languages, but learning Python may not be worth the time and effort.

For years, Python has consistently ranked among the most popular programming languages, beaten out only by Java and C. Python is the language taught in many intro-to-programming courses today, and it helps power a variety of high-profile websites. You might conclude, then, that Python is a language every programmer should know. However, despite its popularity and various advantages, Python has some clear drawbacks. Before committing to learning Python, especially over other programming languages, you should evaluate whether its benefits for your needs outweigh its disadvantages.

To help decide, here are three great reasons to consider learning Python, and three reasons to focus on different languages.

Let's start with the positive: the advantages of programming in Python.

For beginning programmers in particular, perhaps the greatest advantage of Python is that it enforces the production of relatively simple, concise and--above all--easy-to-read code.

Unlike most other programming languages, Python code won't run properly if you don't follow certain rules regarding indentation and case. Python also does not have command terminators; this helps keep the code cleaner and shorter. And, for the most part, Python forces you to write your code in a way that restricts you to one executable statement per line. All of these requirements add up to clean code.

Generally speaking, you can follow most of these conventions when writing in other languages, but you don't have to. Your C++ or PHP code could be a total mess to read but will still run fine.

Thus, Python stands out because it absolutely requires programmers to follow clean coding practices. Learning Python is therefore a good way to get yourself in the habit of writing clean code so that you'll follow the same conventions when you expand to other languages that don't have such strict requirements.

2. Python supports lots of use cases.

A second key advantage to learning Python is that it can be--and is--used to write virtually any type of application. This is thanks to the fact that Python code itself is versatile, but it’s also because there are many thousands of freely available Python modules that make it fast and easy to develop code catered to certain use cases.

Whether you're developing a website, a data analytics app, IoT software or anything else you can think of, you will very likely have an array of Python modules at your disposal that provide many useful functions for getting your code up and running quickly.

3. Python is an interpreted language.

Another standout feature of Python--and one that sets it apart from most (but not all) of today's other leading programming languages, like C and Go, is that it is an interpreted language. That means you don't need to compile your code before you can run it.

This is a significant advantage for beginning programmers because it means they don't have to learn about the intricacies of compilers until they've already wrapped their heads around coding. For experienced coders, too, the ability to deploy code instantly, without compiling it, adds convenience and speed to the development process. So does the fact that the same Python code will run on any operating system with a Python interpreter installed; unlike other languages, Python doesn't require you to build binaries tailored to each operating system you're deploying to.

3 Reasons Why Learning Python May Not Make Sense

On the other hand, not everything about Python is perfect. Depending on your needs and priorities, the following Python disadvantages may be good reasons to choose a different language to learn.

One of the tradeoffs for being an interpreted language is that Python code runs more slowly than that of most compiled languages.

If you are writing a simple application, or deploying your code on a machine where efficiency is not a priority and processing power is cheap, Python's slow speed will probably not be an issue. But if you are developing an application that will be deployed at scale, and you require peak performance and efficiency, you're better off with a language like C++ or C.

As noted above, one advantage of Python for many developers is the fact that it enforces clean coding habits. That's great if you're just starting out as a coder.

Viewed from another angle, however, this is a disadvantage because it makes Python coding quite inflexible. You have to follow rigid syntactical rules, and there is not much opportunity for developing a personal coding style. Nor can you write truly concise code that packs an impressive amount of functionality into a few lines.

To put this another way, your Python code may be clean and readable by default, but few people are likely to call Python code elegant. Functionally speaking, this may not be a problem, but it is a limitation for advanced programmers who want to learn to write impressive code, not just clean code.

3. Python is difficult to scale.

Although there is some debate about this topic, I'd argue that Python on the whole can be difficult to scale up for very large coding projects.

Python is great if you are writing a relatively small application and can fit all of your code into a single script without making it thousands of lines long. But if you're developing a very complex application that requires a large codebase, Python can become unwieldy. Languages like Java, which has a more straightforward object-oriented paradigm, may be a better choice.

In summary, learning Python may be a good idea if you're a beginning programmer, don't want to have to compile code and aren't too worried about your code's performance. But Python is less ideal for advanced developers who are working with large codebases, need to optimize performance and already know how to write clean code, without having their programming language foist clean coding practices upon them.

The Best Programming Languages Born in the Last Decade
Dec 09, 2018