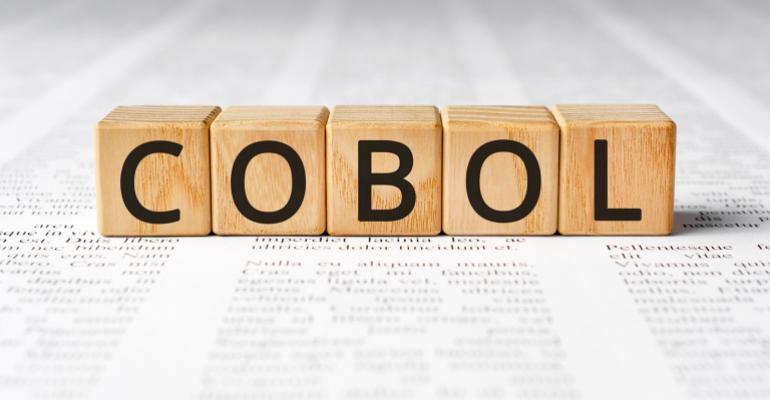 After more than 60 years of use, the COBOL programming language is still alive, with application modernization efforts driving its growth.

Although it is one of the oldest programming languages — first appearing in 1959 — COBOL is continuing to find usage in 2022.

A survey published on Feb. 4 by software vendor Micro Focus and conducted by independent research firm Vanson Bourne found that usage of the COBOL language in 2022 is actually larger than expected — and is growing.

"The amount of active COBOL code was by far the biggest surprise of this year’s survey," Ed Airey, director of COBOL product marketing at Micro Focus, told ITPro Today. "Previous estimates had this number in the 200-300 billion range, so this year’s estimate at 775-850 billion is truly a testament to the importance and continued investment of COBOL applications."

There are a number of reasons the COBOL language continues to be used. Ninety-two percent of organizations view their COBOL application workloads as being strategic for their business operations, the survey found.

And more than half (52%) of respondents expect COBOL applications in use today to still be in use for at least another decade. Going a step further, the survey revealed that COBOL isn’t just being used to maintain what has already been deployed; it is also being used for application modernization.

"The overall COBOL codebase continues to evolve and change as new IT enterprise capabilities such as web and mobile access, cloud deployment, API integration, and containerization are leveraged in support of new customer requirements," Airey said. "It’s clear from the survey results that COBOL is not standing still nor in maintenance mode, but rather embracing new change in support of a new digital era."

COBOL code is increasing, and nearly half (48%) of the survey’s respondents expect the amount of COBOL in use by their organization to increase in the next 12 months.

The driving force behind all that increased usage is application modernization. Airey noted that modernization has many forms and ultimately means change for both business and IT.

For some, COBOL application modernization means moving to the latest IT environment or platform. For others, that it may mean enabling the application itself to take full advantage of modern development frameworks such as .NET, the Java Virtual Machine (JVM), Docker containers or the cloud, Airey said.

"COBOL modernization enables new options across the entire software development lifecycle," he said. "With more than 60 years in existence, COBOL appears to be sticking around."