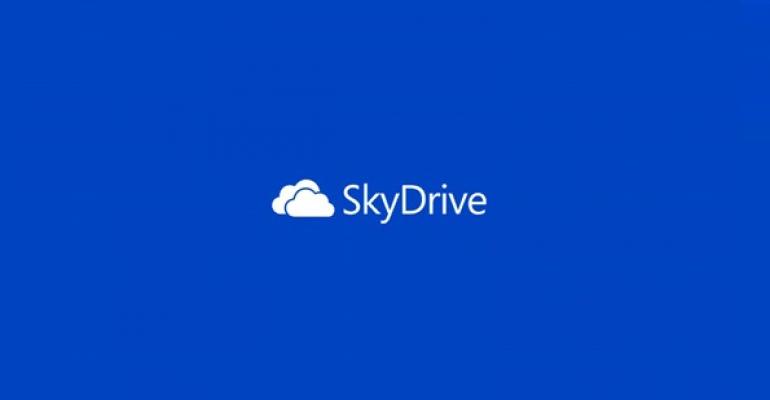 The circle is now complete

Microsoft today released a new SkyDrive app for the Xbox 360, bringing its cloud storage service to the final piece of its platforms puzzle. With the SkyDrive app, Xbox 360 users can now view any of their SkyDrive-based photos, including those taken with their Windows Phones, and any videos and other files that are stored online.

“We’re bringing even more value to SkyDrive and Xbox customers with a new SkyDrive app for Xbox 360,” SkyDrive Apps group program manager Mike Torres writes in a post to the Inside SkyDrive blog. “This means your favorite content is now only one click away, whether you are using the web, your PC, your phone, or now, even your big screen TV.”

I would have posted screenshots of the new SkyDrive experience on Xbox 360, but I’m getting a 0x80048821 error when I try to use the app. (Update: Microsoft says the instructions on this page should fix the problem. I will try this later today.)

So here’s some information about how it’s supposed to work from Microsoft:

Photos and videos. While SkyDrive can be used to store many file types, the Xbox 360 app is obviously centered on the photos and videos you’re storing on the service.

Windows Phone integration. Because every photo you take with Windows Phone can be automatically uploaded to SkyDrive—and on Windows Phone 8 in full-resolution quality—you can do some interesting things like take pictures at a party and have the photos appear on the TV during the party. It’s a meta party!

Kinect support. For the 3 of you still using Kinect, the SkyDrive app supports Kinect voice control and gestures. “Yes, this means you can view a slide show of your SkyDrive photos just by talking to your Xbox,” the post notes, “which is very, very cool.” (Assuming its’ supported in your language: Kinect voice controls are not available in all languages.)

You can find the new SkyDrive app in Apps, Browse Apps, Social on the Xbox 360 Dashboard. Or just use Search, as I did.