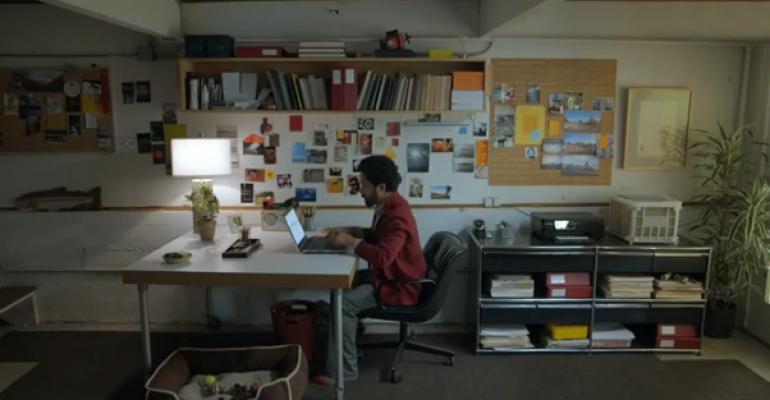 Office 365 Tip: Set Up SkyDrive Pro on Your PC

Examining the many changes found in the new version of Office 365, I figured I’d set up SkyDrive Pro syncing on my PCs, so that I could sync my SharePoint Online-based document store with my PCs, just as I do with the consumer-oriented SkyDrive. And sure enough, it works just fine once you get it set up correctly. The trick is getting it set up directly.

As I wrote a few months back in Office 365: SkyDrive Pro, Microsoft decided to rebrand SharePoint MySites as SkyDrive Pro in this wave of releases (SharePoint, including SharePoint Online in the business versions of Office 365). I assume they felt the SkyDrive brand had some value, though I find the branding a bit confusing and suspect others do as well.

In any event, the SkyDrive Pro web interface is readily available directly from the Office 365 toolbar. (Annoyingly, it’s called SkyDrive.)

When you click this link, you’re brought to what used to be your My Site, “the place to store, sync, and share your work.”

The web interface is simple enough, but who accesses documents from the web? What you want to do is access documents from your PC. There are two basic ways to do so: Office 2013 can be easily configured to access your SkyDrive Pro-based document store by default—indeed, this is automatic if you installed the suite from your Office 365 subscription—which works well if you only use Office and are always online. But you can also set up SkyDrive Pro to sync that document library with your PC. This lets you use it seamlessly with non-Office applications. And, best of all, use it offline.

If you’re familiar with the consumer-oriented SkyDrive application for Windows, you know that you can easily install it from the web, connect to your Microsoft account, and then begin syncing. (You can optionally choose which parts of SkyDrive sync now as well, a big improvement.) And you may have heard that the SkyDrive Pro desktop application works similarly.

And it does, sort of.

If you install a retail or Office 365 (business) version of Office 2013, the SkyDrive Pro desktop application is installed as well. You can find this with Start search and launch it, just as you would with the SkyDrive application. (Currently, this is the only way to get SkyDrive Pro, which is a bit unfortunate. I’m not aware of a way to download this application separately.)

The trouble is, when you do so, you get a fairly obtuse window that most users won’t understand.

If you’re lucky, someone in IT has explained what URL you need there, or maybe you’re just particularly technical. But if not, no worries. There’s a very simple way to get this configured properly. Simply sign into Office 365 on the web and navigate to that SkyDrive link in the toolbar. In the SkyDrive Pro web interface, you’ll see a SYNC button in the upper right corner.

Click that link to sync that document library with the file system on your PC using the SkyDrive Pro application on your PC. You’ll be asked to sign in to your Office 365 account, naturally, and then you’re good to go.

From here, SkyDrive Pro works much like SkyDrive. You’ll see a SkyDrive Pro link in Favorites in File Explorer, and it looks and works much the same as does SkyDrive. (Likewise, a blue SkyDrive Pro icon will appear in the system tray.) The big difference is that there’s not a lot in the way of configuration: Where SkyDrive provides a number of options, SkyDrive Pro does not.

I haven’t yet loaded up SkyDrive Pro with enough content to test the performance, let alone the performance of having this run side-by-side with SkyDrive. Microsoft tells me it will work just fine. But if you are using a business-oriented Office 365 version, you’re probably going to want to get this up and running. Assuming it performs like SkyDrive, this is a great addition to Office on your PC.