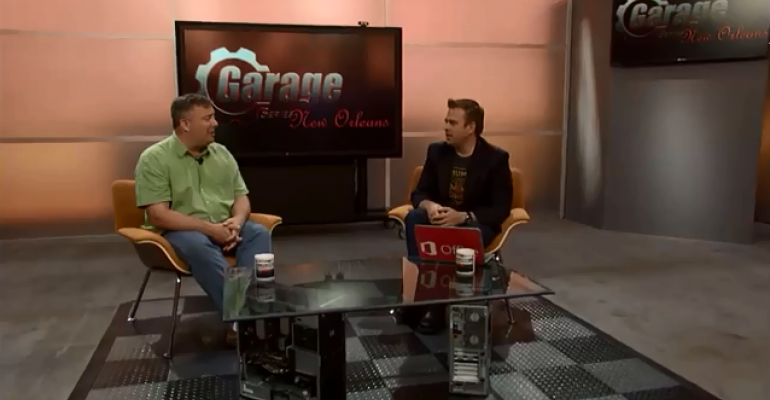 In my second Office Garage appearance, I discuss the stuff that really matters

Back in June, I appeared with Jeremy Chapman in a special episode of Microsoft's "Office Garage" series. The video aired this week, and I'd like to briefly highlight the information we discussed during the video shoot and in a related and more recent conversation.

Check out The Garage Series: Tech analyst and writer Paul Thurrott's 5 favorite things about Office 365 on the Office 365 Technology blog for the video and a complete rundown. But as you must know from reading this site, I'm a huge and genuine fan of Office 365, both the new Home Premium version aimed at consumers--which utilizes the Outlook.com/SkyDrive back-end--and the business versions. I also pay for both: My wife and kids use the Office installs from Home Premium and my own subscription which I use for work is a Small Business Premium account.

When Jeremy and I discussed what we might talk about at TechEd, I focused on something that has been a key aspect of the Office Garage series, the basic misunderstandings that many people still seem to have about cloud computing in general and services like Office 365 in particular. I think some of the most effective work the Office Garage has done is communicating how Office 2013 installed over Click to Run does not result in some sort of online-only or offline-inhibited version of the product, and that the install looks and works on-disk virtually identically to an old-fashioned MSI install. In tossing this idea around, I kept coming back to this notion that the things I really like about Office 365 are often those that are scary, for whatever reason, to others.

Let's talk about that.

For purposes of time, I was asked to keep my list of Office 365 favorites to just five, and even up until the recording time, I went back and forth on a few. But the five we did discuss are:

Version-less Office. One of the biggest advantages of subscribing to Office 365 is that you gain access to a version of Office that will be continually updated over time, not just with bug fixes but with new features as well. Microsoft has committed to a very aggressive cadence of updates for Office 365 and the new Office, and the ability to ensure that all of the installs across my home and (very) small business are always up to date, and have all the latest functionality is huge.

Mobile support. Interestingly (and to be fair, as expected), Microsoft's support for Office on mobile devices has in fact gotten dramatically better since TechEd, with releases of Office Mobile for iPhone and Android handsets. But aside from these releases, Office 365 also offers consistent, EAS-based account access with policies on all major mobile devices, and an incredible range of mobile apps across Windows 8/RT, Windows Phone 8, iOS (iPhone, iPad) and Android. No matter which device you're carrying around, Office 365 has you covered.

SkyDrive Pro. With the release of the new Office 365 this year, I've fully migrated from the consumer-oriented SkyDrive to the new SkyDrive Pro in Office 365 Small Business Premium for all my work-related needs. The new version can sync with the Windows file system in a fashion similar to SkyDrive, which I use fairly religiously across devices.

Expansion of Lync. This is one of my "out of the box" choices in that I can't effectively use Lync in my own (very) small business, though I do use it (through federation) with my coworkers at Penton. But the point here is simple: Lync is just one of many examples of a technology that Microsoft has really democratized for the masses, and by including it in even the lower-end business versions of Office 365, it will expose this very useful and excellent product to more and more people. There's a reason that even TWiT is considering switching from Skype to Lync when Skype video conferencing integration hits early next year. It's just a killer product.