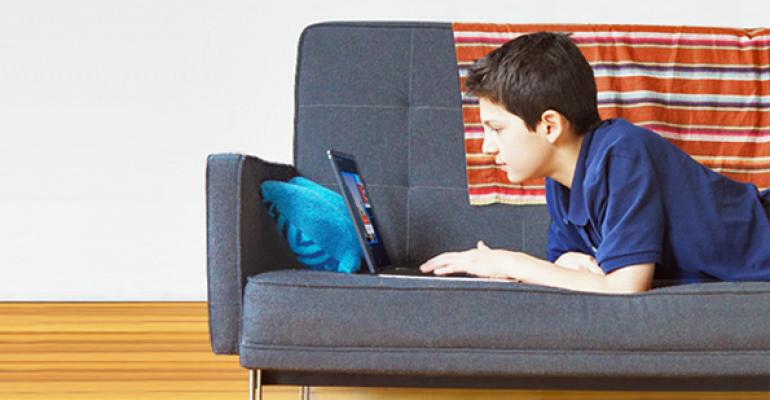 With Office 2013 now shipping in a variety of suite versions and through the Office 365 subscription services, it’s time to take a look at what’s new in Microsoft’s latest productivity offering. I’ve already written a dozen articles focusing on new features in Office 2013, so here’s the central compendium.

I’ll be updating some of the Beta articles to address changes in the final shipping version of Office and more are on the way. I’ll also update this article as new Feature Focus articles are published.

In the final shipping version of Office 2013, Microsoft has added a nice new feature that makes it much easier to configure the applications’ ribbon interface. Called Ribbon Display Options, this feature lets you toggle the ribbon between three different states.

In the final shipping version of Office 2013, Microsoft has brought back the oft-requested themes and significantly expanded the list of available backgrounds. Both combine to make Office 2013 a more personalized experience.

Like Windows 8, Office 2013 was designed for a much more diverse range of PCs and devices than were previous versions. The biggest single conceptual change, perhaps, is support for the unique needs of a new generation of multi-touch capable displays. And a single, simple Office 2013 feature called Touch Mode toggles a new display mode that’s optimized for fingertips.

If you used the new Office 365 web-based installer to install the Office 2013 Customer Preview on your PC, you’ve experienced the wonders of Click-to-Run: Lightning-fast install times, automatic updating, friendly side-by-side usage with previous Office versions, and seamless integration with the underlying OS. Click-to-run has been around since Office 2010, but in Office 2013 it really comes of age.

Anyone with a paying Office 2013 subscription can access streamed versions of several popular Office applications from any PC, even those over which they have no control. This feature, called Office on Demand, lets you temporarily use a cloud-based version of an Office application without installing anything on the local PC.

In keeping with Microsoft’s broader embrace of the trend called consumerization of IT, Outlook 2013 now integrates with several social connectors. This technology, which originated as a series of add-ons for Outlook 2010, lets users further blur the line between personal and work relationships by bringing their contacts’ activities and other data from popular social networks into Outlook.

Microsoft’s Exchange ActiveSync (EAS) technology was originally designed to sync Exchange-based data with mobile devices using standards-based web protocols. But with EAS getting more and more powerful, and providing push-based access to email, contacts, and appointments, Microsoft is now beginning to use it in its Windows-based email clients as well. So in Outlook 2013, you can now connect to any Microsoft account service using EAS instead of legacy connection types.

While Office applications have always made it easy to insert graphics and other assets into documents, Office 2013 is the first version to integrate with online sources of photos and videos. This is a time saver, of course, but it also allows you to find the items you need in the places you’d naturally look.

Object zoom lets you quickly display pictures, tables and charts in a Word document in larger sizes while in Read mode.

Today’s Office 2013 feature focus is a two-for-one deal: Word 2013 now lets you read and edit documents in Adobe’s popular PDF format. And Publisher and other applications can save or export publications and documents to PDF format, albeit in a read-only format.

Word and PowerPoint 2013 include a cool new bookmarking feature called Resume Reading that remembers your last editing position so that you can pick up where you left off the next time you open the document or presentation.