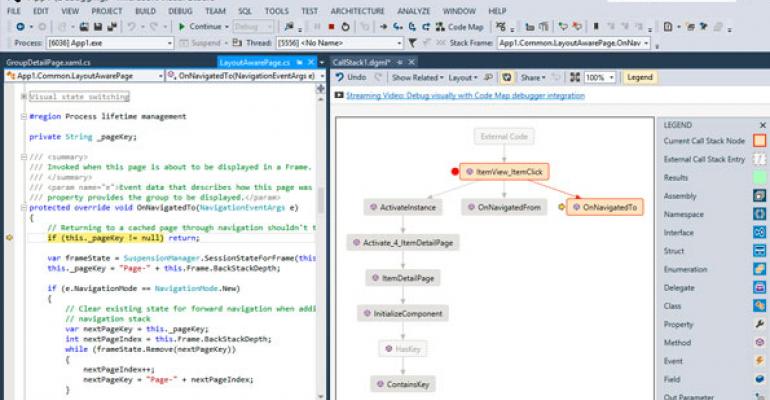 At Microsoft's Build 2013 developer conference in San Francisco this week, the company announced that the Visual Studio 2012 Update 3 in now available, following Microsoft's focused rapid release cadence. Although the third update is incrementally smaller compared to the first two updates, many developers will be pleased to know that this update primarily addresses bugs in Visual Studio 2012. You can visit Microsoft's web page that includes a detailed description about the bugs that are addressed in this update. Furthermore, you have the option to download this update even if you haven't downloaded the previous Visual Studio 2012 updates.

To stay up-to-date on the latest development news, be sure to check out Dev Pro on Facebook, Twitter, or Google+. Do you have something in mind or me to cover, or want to talk about the latest dev trends? Be sure to reach out to me by tweeting to @blair_greenwood!