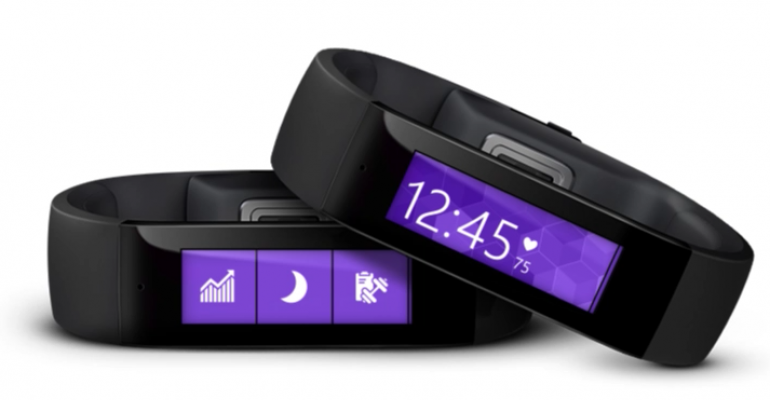 Just to set the record straight this is not really the first update for Microsoft’s Band.  Back in January Microsoft’s wearable device received a software and firmware update that provided app fixes, performance updates and bug fixes. Then about a week later it received another update that added about 12 new guided workouts to the pool of nearly 100 existing guided workouts.

Now, this update is the first to add new features plus it is accompanied by a preview release of the Microsoft Band Software Development Kit (SDK) so that developers can start building apps to interface with the Band. In some cases, this SDK will allow developers to also interact with the phone from the Band.

Before I started contributing here at the SuperSite I wrote about my early experiences with the Microsoft Band at WindowsObserver.com. Here are links to those posts:

Of course don’t forget the great conversation we had here about the potential of the Band – some of which we may see come to fruition with today’s update.

So let’s begin by walking through the update process and the relationship between the Microsoft Health app on Windows Phone and your Microsoft Band.

The first update happens on your phone with the MS Health app and this process is just like any other app update. You will see an indicator on the Windows Phone Store tile and apply the update.

The next time you run the app it will prompt you if there is an update for the Band if they are paired via Bluetooth.

Tapping on OK begins the update process and usually involves a restart of the Band early on.

Once the update has completed the Band may need to restart one last time but will end on this page:

Tapping next will take you into the Microsoft Health Apps main page where you can now review your Band data or configure tiles and other Band settings to be synched to the Band.

NOTE: If you are on Windows 10 for phones you will not be able to perform this update because, as noted in the Windows 10 for phones release notes, there is a known issue with synching the technical preview on phones with the Microsoft Band. You will need a phone with Windows 8.1 to perform this update and of course that means the phone and Band must be paired as well.

Once the app is done you can sync your new Cycle tile to the Band for future use.  Previously, I always used the Run tile to measure my cycling activity so I am looking forward to comparing the measurements using the Cycle tile compared to the Run tile. According to the press release today’s updates also includes five new indoor cycling workouts which have been added to the extensive collection already on the Band for other activities.

Next let’s move over to the Band and highlight three new features that have arrived with this update.

The first is the new virtual keyboard which includes a tutorial on the settings menu:

Here is a quick demo video of the virtual keyboard tutorial on the Band:

The virtual keyboard is available when you are replying to a text message and, as you saw in the demo video above, you will not be setting any speed records using it the flexibility to provide a personalized reply to a text instead of the canned options you can put on the Band will be very handy.

You will also have a Cortana icon next to the virtual keyboard icon in the reply screen for text messages. This allows you to dictate a reply using Cortana through the Band. Previously we could already use Cortana for other interactions from the Band to our phones and now we have this option which is definitely handy. Plus we can all walk around and talk into our wrists like Dick Tracy did.

The third new feature on the Band side is Quick Read. While viewing a notification on the screen for a text message, email, tweet, etc. you can tap the Action button and the message content will be shown on the Band’s screen in a larger font and each word displayed for around half a second. It is surprisingly easy to read a notification/message this way. See the video demo below of this feature:

Now it is time to take a look at the new Microsoft Health Web Portal that brings together all of that data which Microsoft Band has been collecting. This central hub allows you to drill down into your full Band history and see it summarized in ways that is just not possible with the Microsoft Health app on the phone.

NOTE: If you are using the new Cycle tile on your Band you can see your latest activity on the mobile app and all of your cycling activities are being saved from the Band however, the portal is not yet displaying that information at this time. Hopefully, it will be included very soon.

All of your Microsoft Band history is available here in the portal and you can view the data in several different methods.

These charts are very full of info and allows you to really take an in depth look and not only daily summaries but look at overall trends in your sleep, calries burned and exercise to identify areas where you can improve overall.

Band users can also now connect their Band data to the Microsoft Health Vault and they can also share it to MapMyFitness. All of this can be done form the web portal or the mobile app using the Connected Apps menu.

Finally let’s talk a little about the SDK that 3rd party developers now have access to.

This preview opens up access to all of the data Microsoft Band collects and also allows developers to create and send notifications to tiles on the Band.  There are SDK Previews available for Windows Phone, Android and iOS. As you may recall back in October when Microsoft surprised everyone with the Band release it was immediately cross platform compatible and with this SDK preview that cross platform is available for developers as well.

I imagine this opens up many opportunities to not only interact with the Band from the phone but how about interfacing to the phone from the Band. For instance, earlier tonight when I asked on Twitter what developers were looking to do with this new API someone told me they plan to build an app that can remotely trigger the phones camera.

I personally think that would be a unique use for the Band and I am looking forward to seeing it implemented.

These updates have me excited about the future of Band and what it means for the platform however, I am surprised that a few issues were not addressed today that I think still need to be fixed:

- Ability to sync notifications status back to the phone, in other words, if I clear it on Band it should be cleared on phone as well.
- Still no percentage indicator for remaining battery life.
- Banner Notifications must still be active on the phone to receive the alert on the Band. Seems like such a waste of battery on the phone to light up a banner that you do not necessarily need – unless of course you like banners.

The other issue Microsoft has to overcome is availability. Currently the Band is only offered in the US and that is limited to the Microsoft Store although online it is out of stock and has been for a while. You might have more luck finding it in an actual brick and mortar Microsoft Store and that seems to be random right now plus you would need to have one nearby.

Microsoft has said that they build first party hardware to show off Microsoft services, and the Band certainly does that, but with the release of the Apple Watch in April Microsoft needs to kick back up the manufacturing pipeline to get more of these devices to users and enthusiasts around the world.

That will keep the momentum moving forward on all levels and encourage devs to invest their time as well.