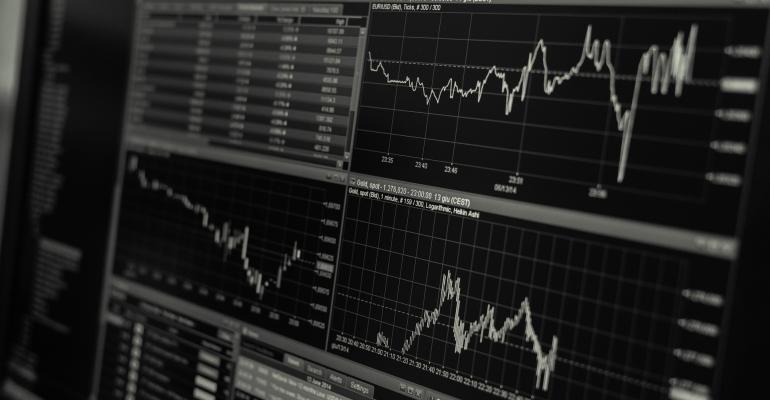 How AI Trading Systems Will Shake Up Wall Street

Computing already transformed financial trading once when it added the power to make huge numbers of calculations in a near-instant and to track markets to shift by the second--and faster. Now AI trading systems are poised to foster a second industry transformation.

Computing already transformed investment trading once when it added the power to make huge numbers of calculations in a near-instant and to track markets to shift by the second--and faster. Now machine learning and AI trading systems are poised to foster a second industry transformation.

Just as computing speeds are increasing exponentially, AI has been similarly evolving at an ever-quickening pace, says Anthony Antenucci, VP of global business development at Intelenet Global Services. “You can see the results all around you, starting with your smartphone,” Antenucci said. “Machine learning is evolving at an even quicker pace and financial institutions are one of the first adaptors.”

Financial institutions work with a lot data and numbers daily. Applying machine learning and AI to investment trading allows traders to crunch those numbers more quickly and in much larger quantities than would ever be possible manually.

“It wasn’t long before statisticians at Wall Street got in the game and realized that applying machine learning programs (AI models) to investment trading applications, they could effectively crunch millions upon millions of data points in real time and capture information that current statistical models couldn’t,” Antenucci said.

Theoretically, machine learning and AI trading systems could harness historical data and analyze how markets have behaved in the past to make predictive models for market rises or falls, then decide to buy or sell stocks based on the inflection points in their models.

So far, the primary benefit of computerized trading is its speed. Some aspects of the financial industry are already making significant use of automation and pushing that speed advantage to multibillion-dollar territory, says Mahi de Silva, founder and CEO of Botworx.ai.

“Stocks, bonds and futures trading are heavily automated and the algorithms behind trade execution and optimization have yielded billions of dollars for a few companies that invested early in machine learning in the '90s and early 2000s,” de Silva said.

Currently, well-funded companies have an advantage in affording the infrastructure necessary to run machine learning. But the costs for the hardware will fall, making machine learning more accessible to a broader selection of financial services companies. Then, the ability to devise and act on pattern matches when the in-house machine learning access data sets will ripple across the industry.

“AI systems that were once only accessible to large hedge funds and megabanks [will serve] a much broader set of customers including day traders that make a living from understanding and reacting to patterns of the financial markets,” de Silva says.

Changes to Come for Markets

Firms around the world are now investing in developing new services and technologies that use AI to making trading data-driven and more efficient. For example, Bloomberg reported in September that the third-largest lender in Japan would use AI in the equities market through algorithm-based services for institutional clients. Stateside, Merrill Lynch is experimenting with a stock-picking tool to find value in small-cap stocks analysts might otherwise miss.

“The newer deep-learning tools being developed and coming online are tools that take the AI information trends even further, into the statistically predictive range on the outcome of any given stock's ability to perform,” Antenucci says.

As AI trading systems get increasingly “intelligent,” more data will be able to be manipulated at the same time, and from a growing number of sources including social media, blogs and unstructured data sets, Antenucci says. The result could be a previously unattainable level of insight into a stock’s trading ability.

Speech recognition is one area of machine learning that is becoming increasingly more powerful and accurate, and this also has implications for financial trading, de Silva says. For example, in the future, speech recognition may be able to tell the intent, sentiment or even urgency of speech, not just the words themselves.

“Natural language processing-enhanced interaction models that authenticate you via voice print or other biometric data (from a secure terminal, your mobile phone or your car) understand your intent and execute it in a fraction of the time it takes to do an electronic transaction today will be accessible to a hedge fund manager who oversees a large and complex portfolio or a day trader, that has to deal with a much smaller system," de Silva says.

Increasingly, the future of AI trading is already here, de Silva says, thanks to advances in machine learning and the ability of computers to not only recognize patterns but also model outcomes.

“These techniques are in use today but are getting much more sophisticated every month, leapfrogging what was possible just a year ago,” de Silva says. “Instead of a perfect forecast, these systems will help us understand more sophisticated ‘what if’ scenarios and make us humans a lot smarter about honing in on a forecast that's most likely.”

How Will Jobs Be Affected?

As AI and deep-learning models become increasingly more intelligent, the big players on Wall Street will be required to invest in the technology in order to stay competitive, Antenucci says. The industry should expect employment to shift accordingly from a traditional floor trader toward one that is more tech-savvy and can find ways to use these data models to benefit both the firm and its clients.

To get an idea of how that might look, Antenucci suggests paying attention to retail banking, where similar employment shifts are now happening. “More AI functionality has decreased the number of employees, say, in the bank’s contact center,” he says. “Those that remain are trained to handle high-level, complex customer-centric problems or ‘one-offs’ manually, while the rest fall to automation.”

Programmers are going to become increasingly valuable to trading, de Silva says. AI will create a revolution in industry, just as computers did decades ago, that will require shifts in jobs and may make some positions obsolete, de Silva says. For example, JPMorgan Chase & Co. began testing LOXM, in 2017 and will roll it out in the United States and Asia, Bloomberg reported, replacing equities traders with the AI system. Another big player, Goldman Sachs, is adding automation to the process for initial public offerings, which managers told Bloomberg will free junior staffers for more valuable tasks.

Some changes will be subtle and others more dramatic, but de Silva believes it will ultimately be for a net good. “We live in a very dynamic global economy, and a small shift can create huge ripples in an industry,” he says. The firms building these systems are located around the world, from Silicon Valley to China, which means investment dollars in developing the technology will be spent both inside and outside the United States. AI systems can nearly instantly analyze activity in the Asian and European markets, well before traders in New York have checked the trading news in the morning. The shifts won’t just hit employees at the lowest levels; even high-paying positions, around the world, are vulnerable.

On the plus side, the arrival of AI trading systems could motivate well-trained and educated people to move from finance into other industries, bringing their expertise and intelligence with them. Roughly a quarter to a third of American MBA grads went into finance in 2014, according to data from Poets&Quants, while only about 5 percent went into health care and even fewer into the nonprofit sector. Other employment sectors stand to gain what finance loses.

Humans can still have a role in this new trading future. Machine learning and AI can help traders model potential outcomes, see trading patterns and track markets in ways that are much more sophisticated, and faster, than ever before. But humans are still the ones ultimately narrowing down analyses and sharing information with their firms, clients and the public. “Humans will always be involved in communicating the forecast,” de Silva says.