This topic provides news and insights around artificial intelligence applications, implementations and advancements. 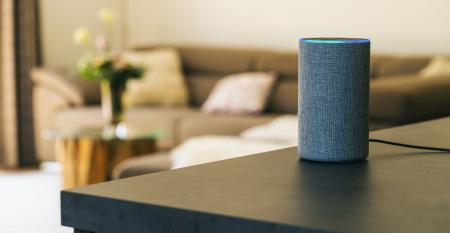 Microsoft's Nadella Says Tech Intensity Will Drive Retail in 2020
Jan 15, 2020
Data is waiting to be leveraged for better insights on commerce and customer habits in the retail space.

Top 10 Languages for Artificial Intelligence and Machine Learning
Dec 29, 2019
Here are the 10 most important programming languages for machine learning and artificial intelligence.

Machine Learning in 2019 Was About Balancing Privacy and Progress
Dec 19, 2019
It was another big year for algorithms and analytics, as data became increasingly important to the enterprise in different ways.

Apple, Google, Amazon Want One Language for Smart Devices
Dec 18, 2019
The rivals announced that they’re working on a new standard that will ensure their products work with one another -- but the move raises privacy and security questions.

Beware of AI Bias in the Recruitment Process
Dec 17, 2019
Hiring by algorithm has its advantages, but the pitfall of unintentional AI bias is one to avoid.

Does Ethical AI Require the Regulation of AI?
Dec 13, 2019
AI Summit indicates that ethical AI is a top-of-mind issue for policymakers.

Rick Perry and Breaking Down Hope vs. Hype at The AI Summit
Dec 13, 2019
Learn some of the aspirations government has for AI and ways to see through the froth.

Banks Could Save More Than $70 Billion Using New Tech by 2025
Dec 12, 2019
A new study found that financial-services firms could save $87 billion to $140 billion through automation and augmentation of...

Amazon Brings AI Expertise to Drug Industry in Novartis Pact
Dec 04, 2019
The new collaboration with Novartis harnesses Amazon’s AI and machine learning skills and is part of the Switzerland-based drugmaker’s effort to accelerate delivery of medicines.

Google Founders Larry Page and Sergey Brin Stepping Down at Alphabet
Dec 04, 2019
Sundar Pichai, the CEO of Google, will also run Alphabet, the company said on Tuesday. The transition gives Pichai oversight of the conglomerate’s vast array of expensive, futuristic endeavors, such as autonomous cars and new health-care technology.

Role of AI and ML in Financial Fraud Prevention Grows
Nov 29, 2019
Nasdaq's move to use deep learning to detect and prevent fraud is the latest in a growing sector.
Load More