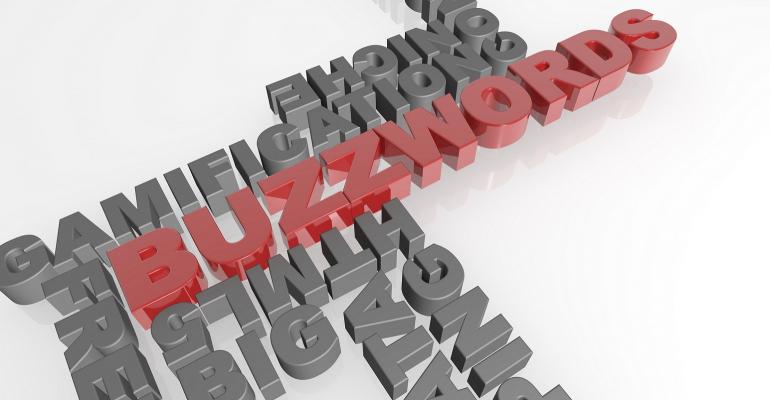 Top 10 Tech Buzzwords for IT Operations Teams in 2022

IT teams need to keep up with cutting-edge technology — and that means familiarizing themselves with the latest tech buzzwords. Here are 10 that will be popular in 2022.

Tech buzzwords are something that most of us love to hate. But like it or not, knowing the industry lingo is important for understanding what people are talking about when they're discussing the latest IT trends or ideas.

That's why, if you haven't brushed up lately on IT operations jargon, it's time to revisit the latest and greatest tech terms. To help, we've compiled a list of the top 10 IT operations-related buzzwords to know for 2022.

But today, you can automate not just infrastructure, but almost any ITOps process or resource using code. Hence the term everything as code, one of the latest phenomena in the IT industry.

Alongside multicloud — which emerged as a big buzzword three or four years ago — multi-cluster is now a term to know. It's used especially in the context of Kubernetes, where folks are increasingly choosing to create multiple clusters and manage them through a central control plane.

NoOps — which refers to the idea that IT operations can be automated to the point that humans are no longer necessary — will probably never fully arrive.

But people in IT operations are talking about NoOps now more than ever as automation tools grow more and more sophisticated, edging the industry closer to a world where manual work becomes less and less necessary.

Part of the buzz surrounding NoOps stems from the advent of AIOps, which promises to use machine learning and artificial intelligence to automate complex IT workflows. AIOps arguably lacks a precise meaning, but it's a term you hear frequently these days nonetheless.

If you're a forward-thinking IT team today, you are embracing chaos engineering, which lets you experiment with your systems to identify flaws before they turn into failures. In a world where reliability has become more important than ever, chaos engineering has become a core part of the ITOps lexicon.

Site reliability engineering, or SRE, has been around for nearly two decades, when it emerged at Google. But it has become trendy of late as more and more "average" companies (meaning ones that are not in the FAANG crowd) add SRE roles to complement their ITOps and DevOps teams.

Security fiascos like the SolarWinds hack and Kaseya ransomware attack, in which actors breached applications to compromise the environments of "downstream" businesses that depended on those applications, shone a spotlight on the importance of knowing what's in your software supply chain.

Today, IT operations teams (along with developers and security engineers) are expected to know where the closed and open source components of their supply chains originate, and which vulnerabilities exist within them.

If you are a security-minded IT engineer, you've always embraced a policy in which you assign users or resources the minimal privileges required for them to do their jobs — even before there was a buzzword for that practice.

But today, you can say you enforce the principle of least privilege when you follow this policy.

Alongside least privilege, zero trust has emerged as another trendy tech buzzword in recent years. It refers to the idea that users and resources must be authenticated and authorized before they receive access to systems or networks.

Rounding out the list of security-related IT buzzwords for 2022 is microsegmentation. Microsegmentation is the practice of isolating workloads whenever possible by, for example, running them in separate virtual machines or Kubernetes namespaces.

Yet again, this is something that has always been a best practice, but has now become a buzzword.

The list could go on; tech buzzwords are never in short supply. But if we had to settle for just 10 of the most common IT buzzwords you hear today, these would be them.