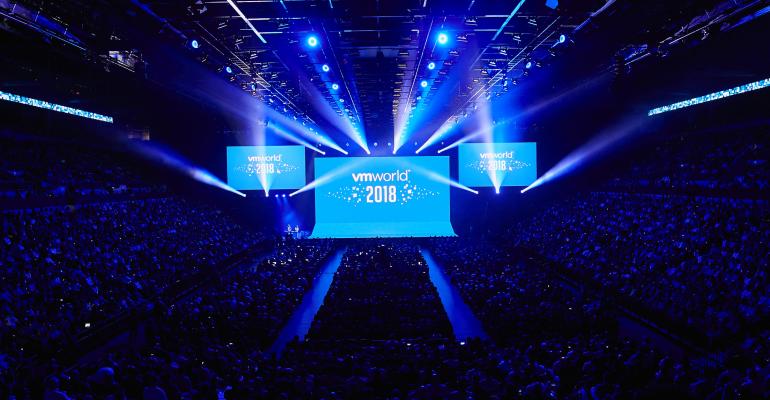 Drops a series of product updates, all meant to simplify and unify its multi-cloud and hybrid products.

The new VMware Cloud on AWS availability regions are central Canada, Paris, and Singapore. More than 60 partners are now building or delivering managed services offerings for the service, which essentially provides a VMware cloud inside Amazon data centers, operated by VMware.

The company also rolled out new features for its CloudHealth tool, which allows organizations to manage cloud usage, costs, security, and governance. The tool, acquired by VMware last summer, now supports multi-cloud reporting, including the ability to analyze cloud costs and usage across teams, and projects or applications on AWS, Microsoft Azure, and Google Cloud, Joe Kinsella, VP and CTO of CloudHealth by VMware, said.

This latest round of cloud announcements appears aimed at showing momentum behind VMware’s cloud strategy and its goal to provide enterprises and cloud service provider partners a consistent infrastructure for all their hybrid multi-cloud needs.

“As the world moves to multi-cloud… VMware again will be the strategic partner for the next decade – just as we were the last 20 years around virtualization,” Ajay Patel, senior VP and general manager of VMware’s cloud provider software business unit.

It is “the fastest, simplest, and most seamless way to deploy hybrid cloud,” Patel said.

Rick Villars, IDC’s research VP of data center and cloud, said the integration is important for customers of both VMware and Dell EMC.

Cloud Foundation on VxRail has three potential types of users, he said: enterprises with existing private clouds in need of hardware and software upgrades, companies wanting to provide managed services to enterprises, and organizations wanting to build and deploy new applications to multiple edge locations.

“If I’m building a new inventory system for my stores, or building a patient health tracking system for hospitals, and I want to replicate it to 10, 100, or 1,000 locations, I now have a platform to create a SaaS-like service, and I can deploy it to multiple locations,” he said.

Finally, VMware vCloud Availability 3.0, which allows service providers to offer disaster recovery-as-a-service offerings, now unifies onboarding, migration, and disaster recovery services to and between multi-tenant clouds. That product will also be available within the next two weeks, the company said.