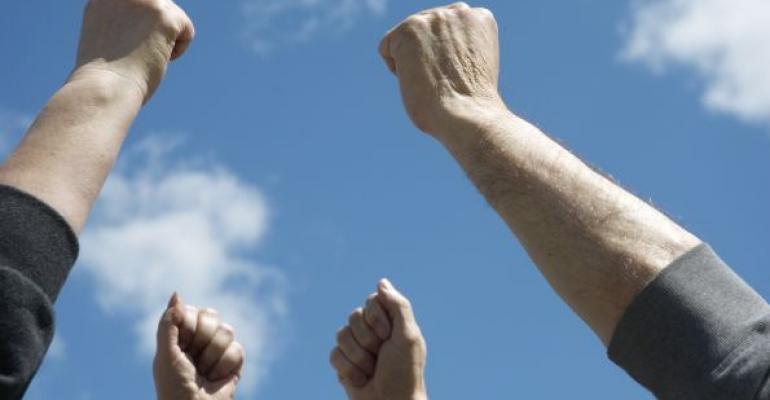 Microsoft’s Hybrid Cloud is Positioned to Win the Cloud Wars

While it’s true that in the cloud marketplace Amazon is the current leader, Microsoft is really in the best position to win the cloud wars for IT and for business. As usual, Microsoft was late to the cloud game. Microsoft originally started pushing Azure as a Platform-as-a-Server (PaaS), giving Amazon an almost two year head start with the what-has-become-more-popular Infrastructure-as-a-Service (IaaS) space. Microsoft reluctantly followed suit and now Azure has a full-fledged IaaS offering as well. But it turns out, there are advantages to not being first.

Over the course of the past couple of years, its become clear that Microsoft recognizes that businesses aren’t going to jump feet first into the cloud. Knowing this, they have changed the way they push Azure and they have now adopted a much more sensible and pragmatic hybrid approach.

No doubt thanks to feedback form many of its partners, Microsoft has recognized that although they may now call themselves a mobile-first, cloud-first business, their own customers are heavily invested in on-premise hardware and software solutions and that’s not going to change anytime soon. Microsoft’s new hybrid approach acknowledges that your on-premise infrastructure is not going away and that you can cost effectively augment it with various cloud offerings. Although Amazon is the market leader in the cloud space, Microsoft's new hybrid approach leapfrogs Amazon in the area of effectiveness.

Microsoft has shrewdly come out with several hybrid cloud offerings that provide real value to traditional on-premise organizations. If your organization is using SQL Server, then SQL Server 2014’s new hybrid cloud option enables you to automate backups to the cloud as well as extend SQL Server 2014 AlwaysOn Availability Groups for on-premise to the cloud. Both of these hybrid technologies enable businesses to keep their primary processing on-premise, but at the same time allowing them to take advantage of the cloud for backup and disaster recovery. This makes a lot sense because in many cases business have requirements to keep backups off-site already and many are already using third parties to do just that.

Perhaps more importantly, Microsoft’s new Azure Recovery Manager enables you to use Microsoft Azure as a replication target for your on-premise Hyper-V VMs. This hybrid approach enables many businesses that could not otherwise afford the expense of creating and maintaining a hot disaster recovery site the option of creating an affordable disaster recovery option using the Azure cloud.

Virtual machine format compatibility is another area where Microsoft has a clear advantage over Amazon and the other cloud providers. Amazon uses XenServer as their hypervisor. While XenServer is very capable, it uses an entirely different virtual machine storage structure than either Hyper-V or VMware, making it impossible to seamlessly move VMs between the cloud and your on-premise Windows Server infrastructure.

The vast majority of organizations have standardized on vSphere or Hyper-V, and Hyper-V is rapidly gaining market share. To move Amazon VMs between their cloud and your on-premise Windows Server infrastructure, you need third party software providers like Vision Solutions or HotLink. That’s not the case with Azure. Azure IaaS VMs share the same VHD on-disk format Windows Server Hyper-V VMs, vastly simplifying the task of moving VMs between the cloud and your on-premise infrastructure.

Choosing Amazon, in effect, restricts you to mainly running your VM and applications in their cloud. Microsoft Azure provides more flexibility by enabling you run VMs in multiple locations and seamlessly move them across these different environments. Hyper-V Network Virtualization is the glue that lets those VMs run in either the cloud or on-premise.

One of the other things that really stands in the way of businesses adopting the cloud is the unpredictable costs. While the cloud offers promises of lower costs, in reality it’s very difficult to pin down exactly what those costs will be without actually making the move. That type of unpredictably is not exactly appealing to CIOs and CFOs that expect real concreate dollars and cents figures.

Another tool that helps position Microsoft as a leader in the cloud race is their new Microsoft Azure Cost estimator. This tool profiles existing on-premises infrastructure and then estimates the cost of running your on-premise application on Azure. The tool supports Hyper-V, System Center Virtual Machine Manager, vCenter, and ESXi, as well as Windows and Linux environments. Currently in beta, you can find Microsoft Azure cost estimator at Microsoft Azure (IaaS) Cost Estimator Tool [Beta].

Microsoft may not be the market leader in the cloud, but its new hybrid approach puts it in the best positioned best to provide useful and effective cloud services to businesses today.