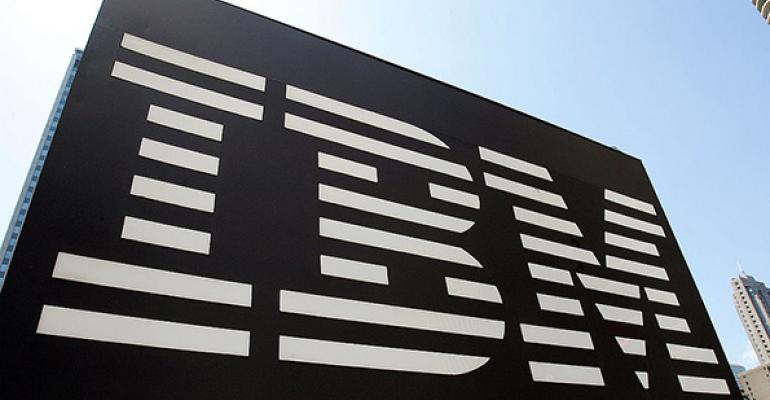 With this move, IBM is choosing to focus on the boom in demand for cloud services and step up competition with Amazon.com and Microsoft;

(Bloomberg) -- International Business Machines Corp. is spinning off a slower-growth business that manages corporate computer systems so it can focus on the boom in demand for cloud services and step up competition with Amazon.com Inc. and Microsoft Corp.

The new unit, which is currently part of IBM’s global technology services division, handles day-to-day infrastructure service operations, like managing client data centers and traditional information-technology support for installing, repairing and operating equipment. It serves 4,600 clients and has an order backlog of $60 billion, according to a statement from IBM Thursday.

The shift essentially divides IBM into two, splitting its legacy IT-management services from its new hybrid-cloud computing and artificial intelligence unit, which the company hopes will return it to revenue growth -- and relevancy. IBM said it aims to complete the transaction as a tax-free spinoff to IBM shareholders by the end of 2021.

The move is the fourth major transformation for IBM in its 109-year history and is the first big move by Chief Executive Officer Arvind Krishna, who took over from Ginni Rometty in April and has been pushing to revive growth after almost a decade of shrinking revenue. Krishna earlier this year cut thousands of jobs as he began reshaping the business.

Once an iconic blue-chip company, IBM’s star has faded over the years as its legacy in mainframe computing and IT services fell behind while newer technology firms like Amazon swooped in to dominate the emerging cloud-computing market.

Now IBM is plotting its rebound, aiming to become the leader in what it calls hybrid-cloud software and services that let clients store data in private servers and in public clouds, including those run by Amazon and Microsoft Corp. In 2018, IBM spent $34 billion to buy open source software provider Red Hat to aid that transition.

“Today is a landmark day for our company,” Krishna said on a call Thursday. “We are redefining the future of IBM.” The new strategy will “unlock growth” on both sides of IBM’s business, the CEO said, and predicted the deal would provide “sustainable mid-single digit revenue growth” at IBM in the medium term.

“IBM has been struggling for the past four to five years,” Wedbush Securities Inc. analyst Moshe Katri said. “This is something that’s been long overdue and I think Arvind is making the right calls.” Forrester Research Inc. analyst Ted Schadler agreed. “We like this deal for both sides of the party,” he said.

The new company will manage and modernize corporate clients’ infrastructures, a $500 billion market opportunity, using artificial intelligence and automation, according to IBM. The original IBM will focus on the “$1 trillion hybrid-cloud opportunity,” Krishna said.

The spinoff “essentially takes more than 50% of the business and cuts it off into a separate company,” said James Cortada, who spent decades at IBM and has written books on the company. “In breaking into two this will make it easier for each business to thrive based on its own characteristics.”

This shift will also help eliminate the long-running rivalry between the new, fast-growth part of IBM’s business and the old.

IBM’s large legacy of IT products has been a drag on growth, according to Bloomberg Intelligence analyst Anurag Rana. “Unloading lower-growth businesses could unlock the true value of Red Hat, which we calculate at over $50 billion,” he said, adding that the spinoff is “exciting news for IBM.” The move will make IBM more of a software company and less of a low-growth services vendor, possibly aiding its valuation, Rana said.

IBM’s services business has been struggling, as many of its clients delayed purchases of information technology or software upgrades to focus on short-term stability and cash preservation to survive the pandemic. IBM’s global technology services division, where the new company is currently housed, saw revenue decline 6% last year to $27.4 billion. In the second quarter, revenue declined in the tech support units Global Business Services and Global Technology Services, which account for about 56% of IBM’s total revenue. Meanwhile cloud revenue increased 30%.

After separation, the companies together are initially expected to pay a combined quarterly dividend that is no less than IBM’s pre-spin dividend per share, according to the statement. IBM said it will take a $2.3 billion charge in the fourth quarter.

Krishna told analysts to expect IBM to remain acquisitive as it continues hunting for revenue growth.