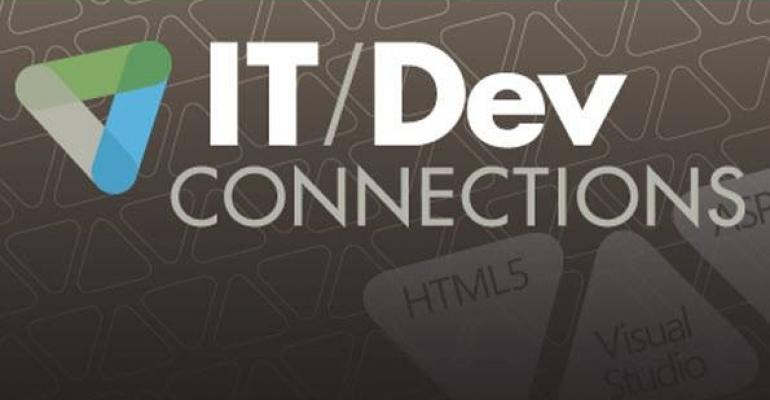 IT/Dev Connections, a part of Penton’s Technology Group and the premiere annual professional development and networking event for the Microsoft developer community, today announced the targeted educational opportunities the conference offers to developers.  IT/Dev Connections has been educating the technology industry for 13 years.

“As the premier training event for developers, our event provides attendees with the real-world solutions that will give them a competitive edge when implementing the latest technologies. Our workshops provide developers with hours of in-depth classroom training that they would otherwise have to pay thousands of dollars to hire consultants to visit onsite,” said PentonTechnology Market Leader Peg Miller. "We look forward to providing attendees with an environment to learn and network from peers as well as industry experts.”

Chander Dhall, developer content chair for IT/Dev Connections, and founder of Dallas Days of .NET and jsSaturday said, “Dev Connections promises to be the best Connections ever with a line-up of well-known MVPs and a strong focus on speakers who are currently developing in the trenches.”

Keynote presenters will provide attendees with the information and new skills that will help developers with their day-to-day jobs.  The featured developer keynote is Miguel de Icaza, CTO at Xamarin and responsible for their cross-platform mobile app development products including Xamarin.iOS and Xamarin.Android. de Icaza has directed the Mono project since its creation in 2001 and oversaw the launches of Mono's desktop, server and mobile offerings at Novell from 2003-2011. Before Mono, he co-founded the GNOME project in 1997. In 1999 de Icaza co-founded Ximian and worked on Gnumeric, and the Linux kernel. He has received the Free Software Foundation 1999 Free Software Award, the MIT Technology Review Innovator of the Year Award in 1999, and was named one of Time Magazine's 100 innovators for the new century in September 2000.

Key conference workshops for developers include:

Visit the IT/Dev Connections website to register for this event.