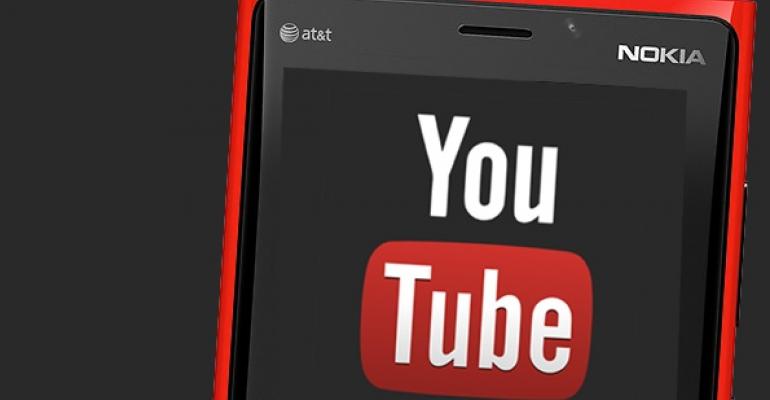 Microsoft released a new version of its official YouTube app for Windows Phone on Wednesday. The new app version had been refined after Google's complaints about lack of ads back in May. In an attempt to appease Google by addressing the company's complaints, Microsoft has worked hard to address several different problems that were outlined by Google. I won't spend much time covering all of Google's complaints, but if you'd like to refresh yourself, then I recommend checking out Paul Thurrott's article, "Microsoft Updates YouTube App for Windows Phone 8."

After the initial release back in May, Microsoft and Google were seemingly developing the latest app together to reach a compromise. I was pleasantly surprised to hear about this act of collaboration between the two companies. However, my optimism has been effectively squashed as both companies have confirmed that Google is now blocking the recently released app for Windows Phone.

According to Mary Jo Foley over at ZDnet, Google's spokesperson says:

"We're committed to providing users and creators with a great and consistent YouTube experience across devices, and we’ve been working with Microsoft to build a fully featured YouTube for Windows Phone app, based on HTML5. Unfortunately, Microsoft has not made the browser upgrades necessary to enable a fully-featured YouTube experience, and has instead re-released a YouTube app that violates our Terms of Service. It has been disabled. We value our broad developer community and therefore ask everyone to adhere to the same guidelines."

What's interesting about Google's statement is the fact that the company is pinning HTML5 as the reason why the company has blocked Microsoft's YouTube app. This request seems especially unfair when you consider that neither of YouTube's apps for iPhone or Android are built on HTML5.

According to Microsoft, the company had dedicated engineering resources into seeing whether an HTML5 app would be feasible. Microsoft found that such an endeavor would be "technically difficult and time consuming," which helps explain why YouTube hasn't made the transition to a HTML5-based application. As a result, Microsoft decided to publish their non-HTML5 version of the app because neither of YouTube's apps were HTML5 compliant.

Microsoft's David Howard, Corporate Vice President highlighted this point clearly in a blog post explaining Microsoft's side of the story. Although these companies have consistently butted heads in the past, I'm impressed by Microsoft's level-headedness and professionalism in addressing Google's latest round of complaints. I still have more questions on why the collaboration went sour in the first place, but I assume it's mostly corporate politics at play here. Only time will tell if these two organizations can settle their differences in a mutually beneficial way.

What are your thoughts on Google's decision to block Microsoft YouTube for Windows Phone app? Let me know by leaving a comment below the article, or send me at a tweet at @DevProConnect or @blair_greenwood!