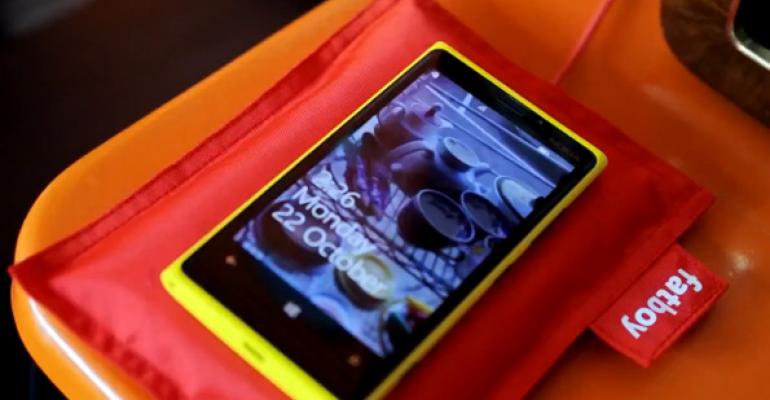 One of the things I really like about Nokia is that the firm is always pushing the notion of ecosystems, not just individual devices. That’s because any given device is only as valuable as the weakest part of its surrounding ecosystem. And while many Nokia fans can quickly point to various strengths of the ecosystem that it has built up around its Windows Phone handsets, there is one piece of this puzzle that’s frequently overlooked: The hardware accessories the company and its partners provide for Lumia users.

Anyone who reads this site regularly knows that I focus very heavily on the ecosystems that surround hardware products. When Shopping Tablets, Buy Into Ecosystems, Not Into Devices is an obvious and fairly recent example, as is Amazon Spreads Its Ecosystem, which focuses on what I think is a unique advantage of that firm’s strategy. I’ve written a bit about my own ecosystem preferences in What I Use: Digital Ecosystems, and will have more to say about that in the Zero Data series going forward. But you get the idea: Ecosystems matter.

The thing is, not all companies get this. I happen to think the HTC Windows Phone 8X is a wonderful smart phone handset, but I challenge you to find any evidence of that company supporting its own handsets, let alone Windows Phone users generally, with any supporting hardware accessories. Indeed, in this very crucial area, there is basically Nokia and then there are all of the other companies that (often half-heartedly) make Windows Phone handsets.

Now, this makes sense. Nokia has essentially bet its future on Windows Phone, so this initiative isn’t just good business, it’s vital to the firm’s future. For those that are looking at the big picture, where the surrounding ecosystem of apps, services, and, yes, hardware devices matters too, perhaps even more so than the actual device in question, Nokia’s efforts are particularly noteworthy. This isn’t a basic collection of speakers and headphones. It’s a set of accessories that integrates with specific Lumia features and makes the devices more valuable to own.

The reason this is important is that we live in a world that is dominated by two smart phone players, Apple’s iPhone and Google’s Android. And of the two, only Apple has established a diverse and enormous ecosystem of hardware accessories that work across all of its devices. The sheer scope of this ecosystem is hard to even conceptualize, and the most depressing aspect of it, for non-iPhone users, is perhaps the car market. Most modern vehicles offer basic Bluetooth and USB-based connectivity that works across most mobile devices. But most also offer dedicated iPhone connectivity as well, with more advanced capabilities. This, along with far too many other cues throughout the day, subconsciously sends a message to consumers that the iPhone experience is always going to be superior. And of course in many ways it is.

Nokia doesn’t have the muscle or market share to threaten Apple’s smart phone ecosystem. But the firm stands alone among Windows Phone makers in providing any alternative at all. And while the selection of accessories from Nokia (many of which are actually made by partners) is dwarfed by what’s available on the iPhone, it’s also pretty clear that Nokia stacks up well against well-heeled Android makers such as Samsung.

In the previous article in this series, I wrote about Nokia’s coalescing Lumia device designs, which increasingly offer users a lot of customizable color choices. This is a big win for Lumia customers, because they can change the color of their handsets post-purchase to match evolving fashion sense and changing needs. It’s also a nice differentiator for the brand, though of course I’d like to see even more colors and designs (both perhaps from third parties).

Looking past the devices themselves, however, Nokia needs to overcome some of the other advantages of its competition. Like Android devices, Nokia’s Lumias (and all Windows Phone handsets) rely on micro-USB connectivity. This plug is OK for what it is, but unlike Apple’s superior (if proprietary) Lightning connector, micro-USB can only be correctly connected in one orientation, leading to a lot of fumbling by users who just want to charge or otherwise connect the device and move on with life. But Nokia undercuts this disadvantage by supporting the Qi wireless standard. So many of its Lumia devices can charge without wires, using a variety of wireless charging devices, some of which I describe below. This is a feature the iPhone—and most Android handsets—lack.

(I recently wrote about this functionality in Smart Phones and Wireless Charging.)

Apple’s vaunted iPhone also lacks NFC capabilities. And NFC is huge: It makes the process of connecting your handset to a compatible device much easier than using a manual connection with Bluetooth (or, in the case of speakers, more convenient than a cable). I wrote about this functionality in Windows Phone 8 Tip: Connect Bluetooth Devices via NFC and Windows Phone 8 Tip: Share with NFC, if you’re not familiar with NFC. But one interesting aspect of this technology is that it can take the “no wires” approach of wireless charging to the next level: Certain Lumia accessories provide both wireless charging and NFC connectivity, including a great desktop speaker I’ve been testing. This means you can charge your Lumia while playing music, all without wires. And it’s hard not to imagine this technology making its way to cars, both through adapters like the wireless charging car holder Nokia announced recently and via native in-dash functionality. Brave new world.

Nokia’s selection of Lumia accessories is surprisingly deep. In addition to various wireless chargers—including that car charger—the firm and its partners offer Lumia-branded (and colored) desktop speakers, Bluetooth and wired headsets, a universal portable USB charger, and more. I’ll be reviewing specific Nokia accessories in the near future. But for now, know this: Ecosystem matters, and no Windows Phone maker knows this better than Nokia.