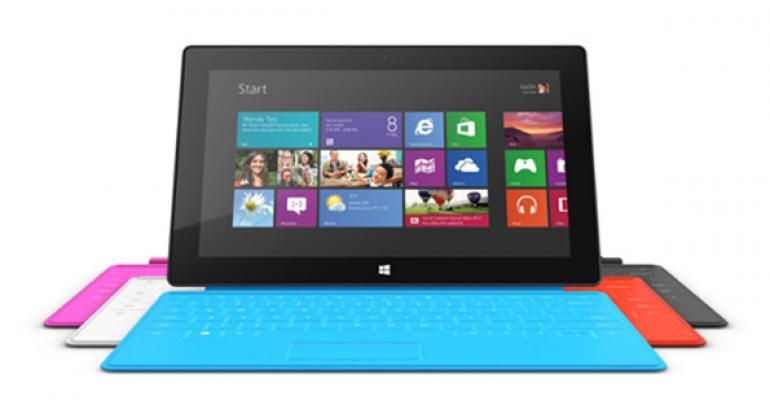 But there’s a catch: It’s for one month only

Between this new temporary offer and news that Microsoft is going to allow TechEd attendees to purchase a Surface RT with Touch Cover for just $99, I’m beginning to wonder if we’re seeing the end of the first generation of these devices. But if you are in the market for a Surface RT for some reason, this is like getting $120 to $130 off the real world price.

First, in case you hadn’t seen it, Microsoft is offering attendees of next week’s TechEd tradeshow in New Orleans the ability to buy Surface RT 64 GB with a Touch Cover on site for just $99.99. Attendees can allow snag a more viable Surface Pro 128 GB (without any cover) for only $399.99. These are Crazy Eddie prices, folks, and while it’s not fair to use a trade show special as an indicator of the future, I will admit that I did wonder if this wasn’t a way for Microsoft to clear out remaining inventory in anticipation of generation 2 Surface devices.

And then Microsoft announced this little deal: Customers in the US or Canada who buy a Surface RT between now and the end of June can choose a free Touch Cover, Touch Cover Limited Edition, or Type Cover. That’s a value of $120 to $130, depending on which you choose.

This deal mirrors an earlier deal in Europe, where Microsoft is offering a free black, white, or cyan Type Cover, or a Touch Cover, to anyone buying Surface RT before June 30.

So. Is Microsoft clearing out inventory and getting ready for a new generation of Surface RT and, eventually, Surface Pro tablets?

I honestly don’t know, but I’m betting yes. And my advice here is simple: Do not buy a Surface RT.

The only exception is you TechEd attendees. $99.99 is a crazy good price. It’s so good, I may buy one for one of my kids. That offer is nuts.

But on the street? I don't recommend it.