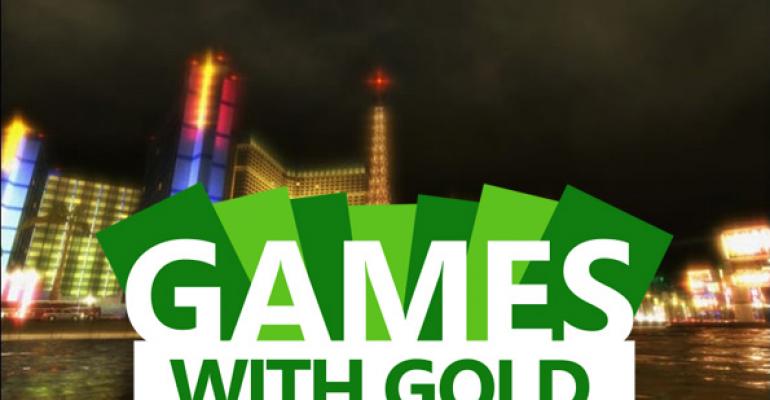 As you may recall, Microsoft promised at this year’s E3 conference that it would be giving Xbox Live Gold subscribers two free Xbox 360 games each month through the launch of the Xbox One in November. And since its September 1st, a new round of game giveaways is beginning.

Magic 2013, as Microsoft calls it—its full name is really Magic: The Gathering -- Duels of the Planeswalkers 2013—is highly-rated by IGN but not particularly interesting to me personally. Furthermore, it's not even a retail game—i.e. it never cost $59.99—but is instead an Xbox Live Arcade title. It appears to be a digital version of the fantasy card game that was popular about 20 years ago.

Or, as Microsoft puts it, "based on the hit trading card franchise, Magic 2013 brings new game challenges to Xbox 360 and features an easy-to-use tutorial system with 10 customizable decks. Plus, play with your friends using the Planechase multiplayer mode.

Whatever. Easily the least interesting of the free games in this promotion to far. To me, anyway.

Available from mid-month on, Tom Clancy's Rainbow Six Vegas is a game I remember quite fondly. In fact, I gave it a very positive review. "Rainbow Six Vegas ranks among the very best shooters on the Xbox 360 platform. Actually, let me rephrase that: Rainbow Six Vegas is one of the best Xbox 360 titles ever created, and it delivers on all cylinders, with amazing single player, co-op, and multiplayer game modes. Unless you're a lettuce-chewing, Prius-driving pacifist, Rainbow Six Vegas should be on your list of gotta-have-it Xbox 360 games. Highly recommended."

If there's an issue with this game, it's that it's a full six years old. But I suspect I'll be spending some with this one once the middle of the month comes around. I’m curious to see how it stands up.