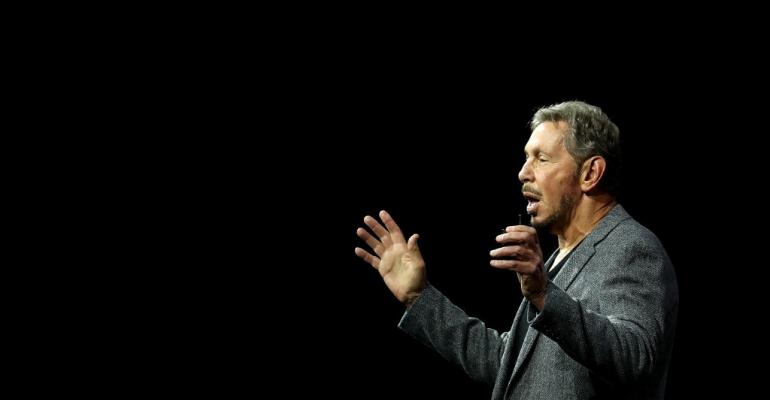 The company relies on colocation to host its public cloud and offers a hybrid cloud solution that can be hosted in the same manner.

Oracle is likely not the first company to come to mind when you think of either cloud computing or colocation. Although Big Red earns billions of dollars each year from cloud services, it lags far behind the Big Three cloud providers in terms of mindshare. And unlike cloud providers like Rackspace, Oracle has never tried to get into the colocation market itself.

Yet when it comes to putting cloud services and colocation together, Oracle is a much more significant player than it may at first appear. The company has invested just as heavily as the Big Three in hybrid cloud solutions that cater to use cases involving colocation facilities -- albeit for different purposes.

Not only does Oracle offer the same type of hybrid cloud solutions as other public cloud vendors, but it has been doing it for considerably longer.

The three latter offerings have debuted in just the past few years. In contrast, [email protected] has been around since 2016. Long before anyone had heard of Anthos and Outposts, and at a time when Microsoft was not yet even taking orders for Azure Stack, Oracle was investing in a hybrid cloud platform that integrates public cloud services with private infrastructure in a way that earlier attempts at hybrid cloud solutions, like Azure Pack, couldn’t match.

It’s not surprising that Oracle got into the modern hybrid cloud game before platforms like AWS and Azure. For Oracle, a key business challenge over the past decade has been convincing long-time users of Oracle’s on-premises solutions not to migrate to non-Oracle alternatives running in a cloud like AWS. After all, AWS Redshift is so named because AWS wants to shift Big Red’s database customers into AWS.

With [email protected], Oracle positioned itself to provide users with a way to leverage its public cloud services -- and the agility they enable -- while still keeping them in the Oracle fold.

For the Big Three public cloud vendors, getting into the hybrid cloud game was a less obvious proposition until recently. Their traditional business strategy centered on getting companies to move on-premises workloads into the public cloud wholesale. It took these vendors a long time to realize that not everyone wanted to do that, and that having a way to use public cloud services while still owning their hardware was important to some organizations. The cloud repatriation trend may also have contributed pressure on the Big Three to provide hybrid cloud options to customers for whom public cloud alone was not a great fit.

Webinar: On December 1, join DCK's Yevgeniy Sverdlik and Omdia's Devan Adams for a conversation about the latest trends in hybrid and multi-cloud.

The opposite is true of hybrid cloud offerings like Outposts and Azure Stack: Users of those platforms want the ability to deploy workloads on their own servers using services like EC2 and Blob Storage while still retaining the flexibility to move them to the public cloud completely if they want. For the most part, the major SaaS platforms of the Big Three cloud providers aren’t even compatible with their hybrid cloud offerings.

Thus, when it comes to providing hybrid cloud solutions to the colocation market, Oracle has been chasing a different type of customer than the Big Three cloud providers have. Big Red may have established an early advantage in the hybrid cloud market, but its hybrid play had a much narrower scope than the other modern hybrid cloud frameworks.

Another interesting difference between Oracle and the Big Three is that, instead of maintaining its own cloud data centers, Oracle depends on colocation facilities to host its own public cloud.

This means that Oracle is both a colocation customer and a provider of a hybrid cloud framework that other colocation users might choose in order to build hybrid architectures. It also means that Oracle Cloud itself offers relatively few public cloud regions compared to the other vendors. That could be one reason why some companies that are glued to the Oracle ecosystem would choose [email protected] instead of Oracle’s public cloud: With fewer locations to select from when running Oracle Cloud services, being able to deploy them in your own data center or colocation facility is a more attractive proposition.

Despite having received less fanfare for its hybrid cloud initiative than vendors like AWS and Azure, Oracle has been playing the modern version of the hybrid cloud game longer than any of the other big players. At the same time, however, Oracle [email protected] is a different sort of solution that caters to a different sort of user. It’s unlikely that there are many CTOs out there struggling to decide between [email protected] on the one hand and Outposts or Azure Stack on the other as a way to deploy a hybrid cloud architecture inside a colocation facility. If you’re already a heavy Oracle Cloud user, [email protected] is a great way to go hybrid. If you’re a current AWS, Azure, or GCP user and want a hybrid architecture, you’re probably not going to decide to migrate to Oracle.

What Data Center Colocation Is Today, and Why It’s Changed
Nov 16, 2020

Why AWS’s Hybrid Cloud Play Is Different, and What It Means for Colocation
Oct 08, 2020