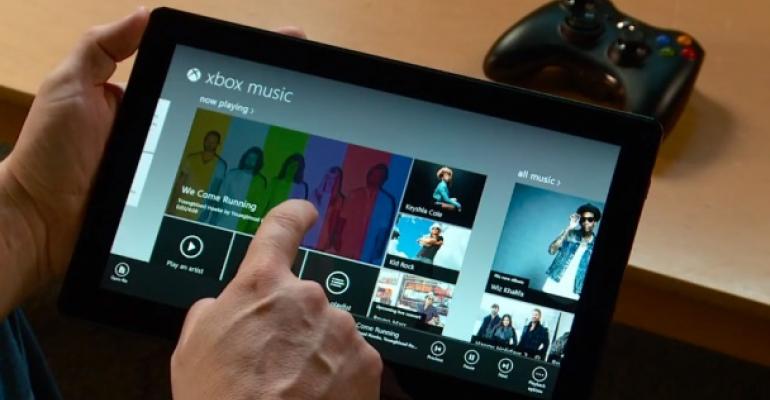 Time to move on to other projects, and to look at getting this thing "published"

The first draft of Xbox Music Book is now complete. This version of the e-book includes sections about the various Xbox Music services, Xbox Music for Windows 8/RT, Windows Phone 8, and Xbox 360, and cross-platform integration via Xbox SmartGlass.

I announced plans for Xbox Music Book in late December 2012, and then wrote several preparatory feature focus posts in anticipation of starting the actual writing. Work on Xbox Music Book proper began in mid-January, so it took about 2-3 months of time to get it done. This is about twice as long as I’d hoped and expected.

With figures in Word/PDF, the book is 105 pages long. But without the figures it’s 46 pages long, about double a short chapter in a regular book.

There is a lot more to do, of course.

Looking ahead, I will be adding sections about Xbox Music on iPhone/iPad and Android when those solutions become available, and I expect Xbox Music to be updated on Microsoft’s own platforms throughout 2013, perhaps even soon. So it never ends in some ways.

Before that, I will be exploring some publishing strategies. As noted earlier, this will include Amazon Kindle and probably Barnes & Noble NOOK, and common e-Book formats like e-Pub, mobi and the like. I will continue to offer a PDF version, of course, and Xbox Music Book will always be free.

As I mentioned earlier, I also need an actual name for the book, one that could form the basis for a new series of e-books. I’m still not happy with the options I’ve come up with, but I’ll keep thinking about that one. I guess that needs to happen quickly, suddenly.

Thanks to everyone that provided feedback about the book. Even though it’s “complete,” it’s not really every complete, so any feedback is still very much appreciated. The beauty of this approach is that changes can be made fairly immediately, so if anything is wrong or omitted, it can be fixed.

I’ll have more for Windows Phone Book soon as well, of course.