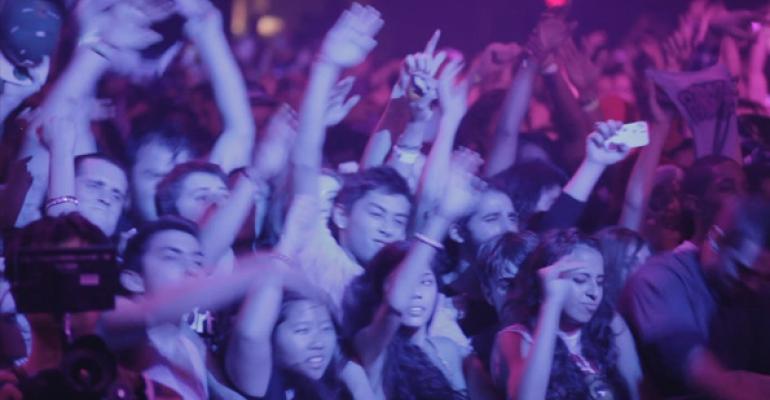 In this second Xbox Music feature focus, I take a look at Smart DJ, a streaming radio station-like music discovery experience that works with Windows 8/RT, Windows Phone 8, and the Xbox 360. Unfortunately, Smart DJ works a bit differently across each of these platforms, and on the Xbox 360 it also requires two active paid subscriptions.

Note: Microsoft says that the availability of Smart DJ varies by market, which is of course a further wrench in its plans for world domination. If you know of particular markets in which this feature is not available, please let me know.

Smart DJ creates a special kind of dynamic playlist, called a Smart DJ mix, which is based on “seed” music and includes content from your collection and, depending on the situation, from the voluminous Xbox Music cloud-based library. These conditions include:

Windows 8/RT. In keeping with the free streaming capabilities Microsoft is providing to Windows 8 and RT users, and outlined in Xbox Music Feature Focus: Free Streaming, Smart DJ mixes can include music from both your own collection and from the Xbox Music cloud-based library. You need to be online for these mixes to work.

Xbox Music Pass.  If you have an Xbox Music Pass, Smart DJ mixes created on each platform—Windows 8/RT, Windows Phone 8, and Xbox 360—will include music from the Xbox Music cloud-based library.

Smart DJ is designed with to achieve two goals. First, it creates dynamic playlists, which are like Internet-based radio stations that you don’t have to manually curate and manage.  Second, it helps you discover new music—assuming you’re using Windows 8/RT or have an Xbox Music Pass—by choosing songs that are based on music you already like.

Here’s an overview of how Smart DJ works on each supported platform.

Platform notes: Windows 8/RT users get unlimited, ad-supported free Xbox Music library streaming for six months (and then 10 hours per month after that). If you have Xbox Music Pass, these capabilities are unlimited and mixes are available offline. You can only create Smart DJ mixes based on an artist, not on an album or song.

You can create a Smart DJ mix from various places in the Xbox Music app. There is a prominent New Smart DJ tile in the Now Playing group in the app’s main view, for example, and if you navigate to My Music, you’ll find a New Smart DJ item at the top of the Smart DJs view.

To create a Smart DJ mix, tap the appropriate link and enter an artist name.

After you’ve tapped the Smart DJ logo to create the mix, Smart DJ will select music related to the artist and begin playback of the mix.

There’s no way to edit the mix, save it as a manual playlist, or perform other actions beyond playing or deleting it. But Smart DJ mixes are synced across your Windows 8/RT PCs and devices, so if you sign-in with the same Microsoft account on another machine and run Xbox Music, any Smart DJ mixes you created will appear almost immediately.

If you don’t have an Xbox Music Pass subscription, your mix will occasionally be interrupted by short audio and even video advertisements.

Platform notes: Smart DJ mixes will only use content from your own device-based music library unless you have an Xbox Music Pass subscription. You can create mixes using an artist, album, or song. Smart DJ mixes can be pinned to the Start screen.

As you might expect, Smart DJ mixes are created in the Music experience in the Music + Videos hub. To create a Smart DJ mix, tap and hold on an album, artist, or song and then select Play Smart DJ Mix from the pop-up menu that appears.

From here, you can easily access previously created mixes or tap and hold one to pin it to the Start screen. You can also save them as static playlists. To do so, select More (“…”) from the Now Playing screen’s app bar and then choose Save as Playlist. Give the playlist a name and it will be available later from the Playlist view.

You can also create a Smart DJ mix from an artist or album card: A Smart DJ button appears in the app bar.

Platform notes: Smart DJ requires an Xbox Live Gold subscription and Xbox Music Pass on the Xbox 360. You can only create Smart DJ mixes based on an artist, not on an album or song. The Xbox 360 also supports Smart VJ mixes, which are for music videos.

You create Smart DJ mixes in the Xbox Music app, in My Music. (You can also do so straight from the Search experience in Xbox Music.)

Unlike Windows Phone 8, you can only create a Smart DJ mix based on an artist, but you can also create Smart DJ mixes based on music videos (called Smart VJ mixes). Just search for the music you wish to use for the mix seed and then pick from the search results.

Select the Smart DJ tile to begin playback of the new Smart DJ mix. The familiar full-screen Now Playing experience appears. From here, you can control playback, view the list of songs in the mix, and save the mix as a playlist.

When you return to the Smart DJ view later, you will see the mix you just created.