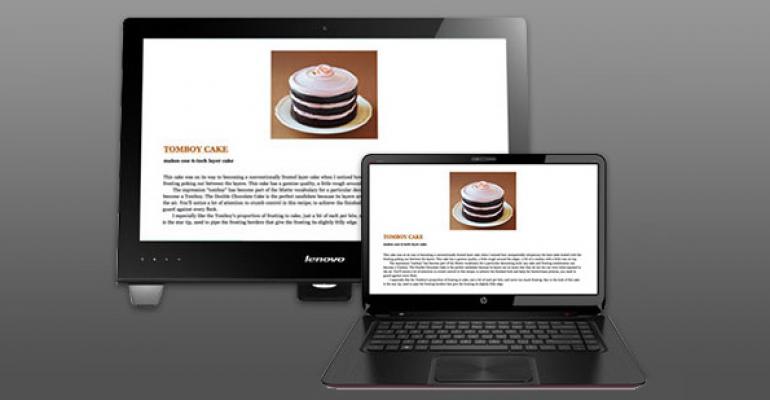 Months ago, I started writing up Amazon Kindle as a Windows 8/RT app pick, but I never got around to finishing it because the app, while certainly welcome, was incomplete and lacking in functionality when compared to other versions of the Kindle mobile app. But this weekend, Amazon issued the 2.0 release of the Kindle app for Windows 8/RT. And while it doesn’t fix all the problems, this is big news for Kindle fans.

You can check out Windows 8 App Showcase: Amazon Kindle to see what the original version of this app was like. But it’s suffice to say that Amazon’s Kindle app is one of those mobile app staples, a solution that simply must exist before I’ll even consider a new computing platform. And while the first version of the Kindle app was decidedly lacking in key ways, it was at least a portal to the vital Kindle ecosystem. And Amazon is both smart and proactive when it comes to updating their apps: Not surprisingly, it’s gotten a lot better over time.

On that note, Kindle 2.0 for Windows 8/RT is a big deal. According to Amazon, it includes the following new features:

Search inside the book. A new Find in Book command in the top app bar helps you find text within the current book.

Redesigned in-book navigation. The app bars have been completely redesigned and are now finger-friendly, with most command buttons appear in the lower corners of the screen.

Easier bookmarking. Creating a bookmark, in particular, is easier than ever: Just toggle the little bookmark icon in the upper right corner of the display, as you would in other Kindle mobile app.

Redesigned Notes and Bookmarks with filtering. The old Bookmarks app bar button has been replaced by a Notes/Marks button that lets you quickly access your in-book notes, highlights and bookmarks all in one place.

Library and search views. While the default library view—My Books—looks largely as before (it’s a horizontally oriented side-scroller), there are now better view options (by recent, title, and author) and—gasp—Search integration so you can find books in your library and in the store more easily.

So big improvements all around. But the app still isn’t perfect. And if you’ve invested in the Amazon ecosystem as I have, these will be a bit depressing, since this functionality is available in other Kindle app versions.

First, the app doesn’t offer Whispersync with Audible books, which is a huge problem on Windows Phone as well. So you can’t go back and forth between the two automatically.

Second, and perhaps most painfully, it doesn’t work with Amazon’s vast library of periodicals either. Sdo you can’t subscribe to, say, the New York Times or Car & Driver electronically and have it be delivered automatically to your Windows 8/RT tablet; worse, you can’t even manually view periodicals in this app either. For now, at least, the Kindle app for Windows 8/RT is only for books. (Even the iPhone version of this app can view periodicals. Come on, Amazon.)

Still, I’m happy to have the app at all, and of course this version’s improvements are most welcome. I’ll be crossing my fingers that the steady improvements continue.

You can download Amazon Kindle 2.0 for Windows 8/RT from Windows Store.