/sites/all/themes/penton_subtheme_itprotoday/images/logos/footer.png
Recent
Recent
What are Low-Code/No-Code Platforms?
Oct 20, 2021
A First Look at Windows 11’s Advanced Storage Features
Oct 20, 2021
Apple Drops Intel in Biggest MacBook Pro Overhaul in Years
Oct 19, 2021
Programmer vs. Developer vs. Engineer: What’s the Difference?
Oct 13, 2021
How to Gain Insight into Failed Login Attempts on Windows
Oct 12, 2021
Featured
IT Pro Salary Survey: What You Earned in 2020
Jul 09, 2021
Cloud Cost Optimization: Best Practices for IT Pros
Jul 15, 2021
PowerShell 101: A Technical Explainer for IT Pros
Jul 14, 2021
Edge Computing in the Enterprise Report
May 28, 2021 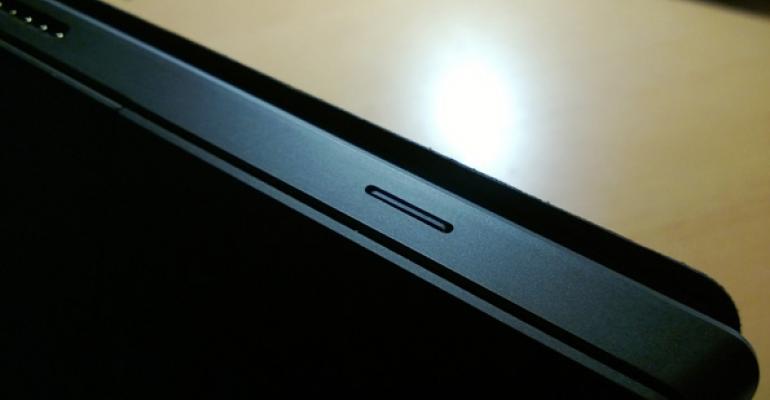 Windows 8.1 Tip: Use Micro-SD with Libraries and Metro-Style Apps

If you followed the saga of Windows 8/RT’s inability to integrate a micro-SD card (or other removable storage) with the system’s built-in libraries and Metro-style apps, I’ve finally got some good news: This now works seamlessly in Windows 8.1, as it should have all along. But since this is Microsoft, there’s some bad news too: Libraries are now much harder to use in Windows 8.1, so you’ll need to do some digging.

Unfortunately, this topic requires a lot of backstory.

Back in August 2012, I wrote about the micro-SD issue in Windows 8 Tip: Overcoming Library Limitations, noting that many Windows 8/RT “Metro-style” apps paradoxically require libraries for content management but that Windows 8/RT doesn’t let you add folder locations on a micro-SD card (or other removable media). This is a problem for Windows 8/RT devices, because many of them come with relatively small amounts of built-in storage (64 GB or less), but do typically offer micro-SD expansion.

Over time, I published a workaround (that didn’t always work) for the Photos app and then wrote two articles about using micro-SD storage with Microsoft’s Surface tablets. Check out Microsoft Surface Tip: Use microSD with Libraries and Metro-Style Apps and Microsoft Surface: microSD Expansion for the gruesome details.

So here’s the weird bit. This issue was completely fixed in Windows 8.1, and I’ll show you below how you can very easily add micro-SD folder locations to your Windows 8.1 libraries, automatically populating apps like Xbox Music, Xbox Videos, and Photos with the contained content. But Microsoft is also de-emphasizing libraries in Windows 8.1, as was hinted at in Are Libraries Going Away in Windows 8.1? This means that you need to find the libraries interface now, since it’s basically hidden.

The first step, of course, is to insert the micro-SD card (or other removable media) you wish to use with your libraries and Metro apps. This will vary from PC to PC. On the Surface Pro, you can add a micro-SD card by inserting it in the slot on the right side of the tablet. On the Surface RT, this slot is found under the kickstand.

You will probably want to make individual folders on the SD card for the content. On my SD card, I’ve created Music, Pictures and Videos folders, for example. (You may also want a Documents folder.)

When you open File Explorer on the PC, you’ll see that the once-standard Libraries node is no longer visible by default in the Navigation pane as it was in the initial versions of Windows 8 and RT. So there are a few workarounds for finding libraries, which include (but probably are not limited to):

Add the Libraries node to File Explorer. Click the View tab on a File Explorer window and then Navigation Pane, and then select Show Libraries from the pop-up menu that appears.

Find Libraries in the File Explorer address bar. In a File Explorer window, click the divider between the PC icon and the This PC entry and then select Libraries from the drop-down menu that appears.

Use Windows Search. From the desktop or Start screen, open the Search charm and search for Libraries. Select the top entry, Libraries, from the search results list.

However you do it, the goal is to either display the Libraries view in File Explorer or be able to access the libraries from the Navigation pane.

Now you need to configure the appropriate libraries to include the relevant micro-SD-based folder. Let’s use Pictures as an example.

In the Pictures Library Locations window, you can add the Pictures folder on the micro-SD card (D:\Pictures in this example) to the Pictures library by clicking Add and then navigating to that location. Then, click Include Folder. The location is added to the library.

Optionally, you could also do the following:

Then, repeat as needed for the Documents, Music and Videos libraries.

This change affects both the desktop and Metro environments. On the desktop, you can navigate to the Pictures library (or any other library you’ve reconfigured) and see that it is now pointing to your micro-SD card.

In Metro, you can start the relevant app to see the changes. For example, with the horrible new Photos app in Windows 8.1, you can see that the default view is the same as in File Explorer.

And as you navigate around within those folders, your photo thumbnails will appear and you can view and edit photos.

This is exactly how I figured it would work in Windows 8/RT. At least it does now.

I suspect I’ll need to figure how to configure the Camera Roll and Screenshots folders, which appear in your profile’s Pictures folder by default. And, yes, there is a strange little micro-SD-related setting in PC Settings now (Default Save Settings, in PC & Devices, Devices) as well. I’ll need to experiment more to see how or if that setting impacts these directions.