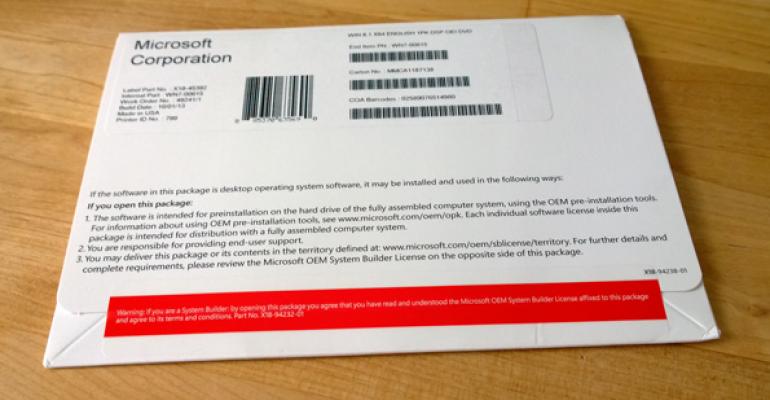 A slight better bargain with a bare bones experience

Here's the story with OEM media.

Full version. As with previous Windows versions, the Windows 8.1 OEM editions are the Full version of the product and are designed to be installed on a single new PC only. Unlike the retail media, you cannot use OEM media to upgrade an existing version of Windows to Windows 8.1.

Even cheaper new design. While the OEM versions of Windows have always offered a much cheaper experience than the retail versions—see No OEM For You: Windows 7 OEM Packaging is Not For Individuals for a peek at the Window 7 OEM packaging—the Windows 8.1 OEM packaging is downright horrible. Not a huge deal, of course.

Given the price savings, I can recommend Windows 8.1 OEM software—especially the Pro version—for anyone looking to do a clean install of the OS on a new or existing PC. Just don't expect a lot in the way of hand-holding.