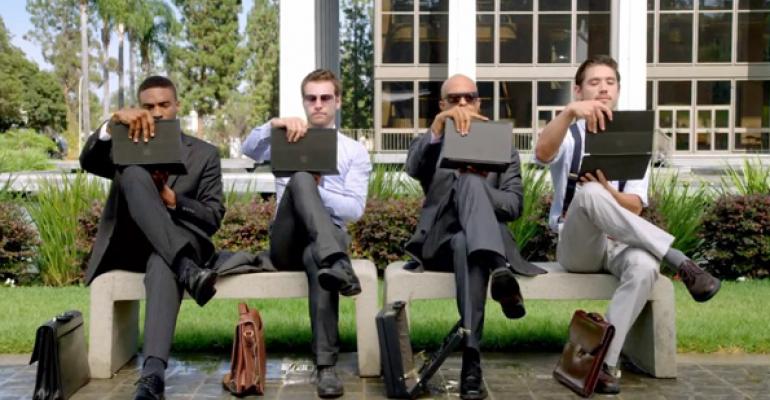 While the iPad has certain ecosystem advantages over the recently-released Surface with Windows RT, Microsoft’s entry does of course edge out the Apple device in some key areas as well. For Surface, a big advantage is that it runs Windows RT, a version of Windows that retains the best of the past while providing the foundation for the future.

Suffice to say that my relationship with Windows RT is complex. And while I feel that Windows 8 running on low-end Atom “Clover Trail” x86 hardware currently offers a better overall solution for mainstream users, let there be no doubt that the heart of Windows RT, Metro, is the future of this platform. And if you’ve elected to buy in this early, what you’re using today is clearly the Windows of the future.

I laid out my case for this scenario back in May in No, Windows RT Isn’t Windows . . . Yet. “If Windows RT takes off and is truly successful, it becomes Windows,” I wrote. “That is, it does what NT did decades ago, existing for a time side-by-side with what used to be Windows and then eventually supplanting the old Windows.”

This is a big bet. Today, Windows RT is incompatible with the many Windows desktop applications and browser plug-ins out there. It offers only partial driver support for hardware devices, though many common devices—storage, keyboards, mice, and many printers—work just fine. For these and other reasons, I’ve argued that Surface with Windows RT is no PC replacement, because it isn’t. But Windows RT, and Surface with Windows RT, are aimed at a very different market, the market for tablets that is currently dominated by the iPad. And in this capacity, Surface RT is a lot more interesting. It also targets what will likely be a much bigger market than that for traditional PCs within a few years.

For those of us who follow Windows and love good technology, Surface is thus a promise for the future. It is a future where legacy deadwood is removed from Windows in a far quicker timeframe than had ever happened in the past. It is a future where viruses and malware are a thing of the past and the apps that can run on our devices are curated by Microsoft and prevented from harming the system, the other installed apps, and our data.

It is, in other words, the purest expression of this future mobile platform, which I still call Metro, because it contains only those parts of the legacy desktop that are most needed since we’re still in a transitionary phase. I expect future versions of Windows RT to more aggressively remove these remaining legacy bits while Microsoft uses its x86/x64 Windows cousins to continue legacy compatibility as long as is needed. I also expect Windows RT and Windows Phone to move ever closer together as well, given their common underpinnings.

Many have argued to me that making this move today actually makes sense, and that it is the lack of support that drew them to Windows RT—and Surface with Windows RT—in the first place. Such people are pioneers, the technological equivalents of the settlers who raced across the newly minted American West in the 1800s. I don’t have the constitution for such a radical change this soon, and my workload still requires some desktop applications that don’t yet have Metro equivalents. Maybe you do.