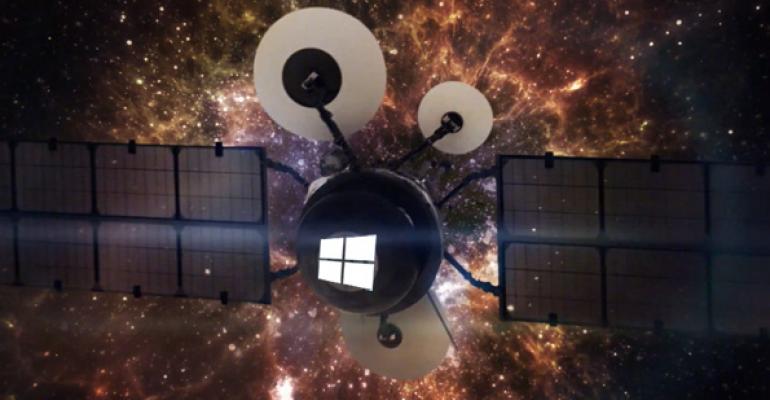 What the Heck is Happening to Windows?

Is it better to burn out than fade away?

When critics described Windows 8.1 as a step backwards, I disagreed: Responding to customer complaints is never wrong, I argued, and the new version of the OS made it more acceptable on the many different types of PCs and devices on which Windows now runs. With Update 1, however, I'm beginning to question the validity of this new direction, and am now wondering whether Microsoft has simply fallen into an all-too-familiar trap of trying to please everyone, and creating a product that is ultimately not ideal for anyone.

If you look back over the decades at the many high-level complaints that have been leveled at Windows, one in particular sticks out: Unlike Mac OS, in particular, Windows has always attempted to satisfy every possible customer need, and as such it often provides multiple ways to accomplish the same thing. The result is a messy product, if you will, one that lacks the singular vision that is typically associated with the Mac and Apple's other products.

There's no reason to mince words: This criticism has always been valid. And if you were to simplify the issue down to a sound bite, you might make the following claims: Windows was designed by a committee. The Mac, by contrast, often feels like it was designed by a single person.

I sort of excused this reality in the past by noting that Microsoft with Windows targeted a much bigger and more diverse audience than did Apple with the Mac. (This is what made those "I'm a PC" advertisements seem so appropriate and correct.) But with Apple's iOS now hitting Windows-style usage and audience diversity levels, this excuse is getting harder to sell. Apple, despite its ever-growing iOS audience, has never veered from its singular vision, and that's even more notable when you consider that the creator of that vision, Steve Jobs, passed away over two years ago.

God knows, Microsoft tries. It's a wonderful observer and follower. After watching Windows Vista get mismanaged and then slapped around by Apple, it tapped Steven Sinofsky to reimagine Windows. It's fair to say that this man shares many of the same character traits—and flaws—that defined Steve Jobs. He was belligerent and one-sided, didn't work well with others, had no qualms about tossing out features and technologies that didn't originate with his group, and had absolutely zero respect for customer feedback. Here, finally, was a guy who could push through a Steve Jobs-style, singular product vision.

And he did. Sadly, the result was Windows 8.

The reason this happened is that while Sinofsky had the maniacal power and force of will of a Steve Jobs, he lacked Jobs' best gift: An innate understanding of good design. Windows 8 is not well-designed. It's a mess. But Windows 8 is a bigger problem than that. Windows 8 is a disaster in every sense of the word.

This is not open to debate, is not part of some cute imaginary world where everyone's opinion is equally valid or whatever. Windows 8 is a disaster. Period.

While some Windows backers took a wait-and-see approach and openly criticized me for being honest about this, I had found out from internal sources immediately that the product was doomed from the get-go, feared and ignored by customers, partners and other groups in Microsoft alike. Windows 8 was such a disaster that Steven Sinofsky was ejected from the company and his team of lieutenants was removed from Windows in a cyclone of change that triggered a reorganization of the entire company. Even Sinofsky's benefactor, Microsoft's then-CEO Steve Ballmer, was removed from office. Why did all this happen? Because together, these people set the company and Windows back by years and have perhaps destroyed what was once the most successful software franchise of all time.

The specifics of what's wrong in Windows 8 don't really matter, and of course we've discussed this issue many times. Certainly, some of it isn't even Microsoft's fault: The personal computing market is moving on. But at a high level, the Sinofsky era was of course a reaction to what came before. Likewise, what's happening post-Sinofsky is another reaction, this time to what happened during his tenure. And while Windows 8.1 could be seen as an overdue nod to responding to customer feedback again, what's happened since then, and can be seen more clearly in Windows 8.1 Update 1, is ... troubling.

To be clear, Windows 8.1 Update 1 is not exactly an earth-shattering update, and while it brings many small changes to Windows, it likewise doesn't add any major new features. Windows 7 and 8 represented what the Windows team could deliver in three years, and Windows 8.1 is what they can do in a year. Update 1? That's about three months' worth of work, tops.

The problem with Update 1 isn't in any single small functional addition. It's in the strategic direction that this update implies. You may recall that I previously described Windows 8.1 as an apology, a way to fix Windows as much as possible in one year, and make the Metro environment more hospitable to tablet users (fewer trips to the desktop and Control Panel) and make the desktop more hospitable to traditional PC users (fewer reasons to visit the Metro side of the fence). In that sense, Windows 8.1 is "successful," but only within the confines of the madness of its predecessor. It doesn't do a thing to address the fact that Windows isn't a single OS. It's two of them, mobile and desktop, fused together unnaturally like a Frankenstein's monster.

So what does Update 1 add to the mix? This time around, Microsoft has committed what I consider to be the cardinal sin of Windows: It's a return to that age-old issue where Windows simply grew, spaghetti-like, to accommodate every silly possible need of the system's too diverse user group. Now, there are multiple ways to do different things in Metro, too. This previously consistent environment—like it or loathe it—has finally been put under the committee's knife.

Now, some people will see this as "choice," because these changes—desktop-like context menus in the Start screen, a desktop-like title bar in Metro apps, and so on—will somehow make the system more consistent for them, because they still use traditional PCs. But here's the thing. This mobile environment worked just fine with mouse and keyboard in Windows 8.0 and 8.1, and it was consistent with the touch-based interactions for which the environment was designed. Now? It's a mess.

Windows 8.1 Update 1 again proves that design by committee never works, and that by not strictly adhering to a singular product vision, the solution that is extruded out to customers on the other side is messy, convoluted, and compromised. Say what you will about Sinofsky, but Windows 8 was his baby. I can assure you that no one in Microsoft is particularly eager to claim this mess as their own. And Sinofsky must be beside himself with rage at what they've done to destroy what he created. More isn't always better. Sometimes, it's just ... more.

I do have some advice for the Windows team. And it's as obvious as it is necessary.

I always accepted the messy bits of Windows in the past because the system addressed such a large audience. But given the way things are going, Windows should evolve into a system that is laser targeted to the customers who will in fact continue using it regularly. That's mostly business users, but even when you look at the consumers who will use Windows, that usage is almost entirely productivity related. Windows should focus on that. On getting work done. On an audience of doers. Job one should be productivity.

Everyone likes to compare Apple or the Mac to BMW and, you know what? Fair enough, and if that's true then Windows is obviously GM, the overly-big messy GM of a decade ago. But Microsoft can't afford for Windows to be like GM anymore—just like GM couldn't, for whatever that's worth. Maybe Windows needs to be more like GMC, the part of GM that only makes trucks (and truck-based SUVs). After all, while many people choose to use a truck for basic transportation, they're really designed and optimized for work. You know, as should be Windows.

You can't please everybody, Microsoft. So stop trying. It's time to double down on the people who actually use your products, not some mythical group of consumers who will never stop using their simpler Android and iOS devices just because you wish they would.