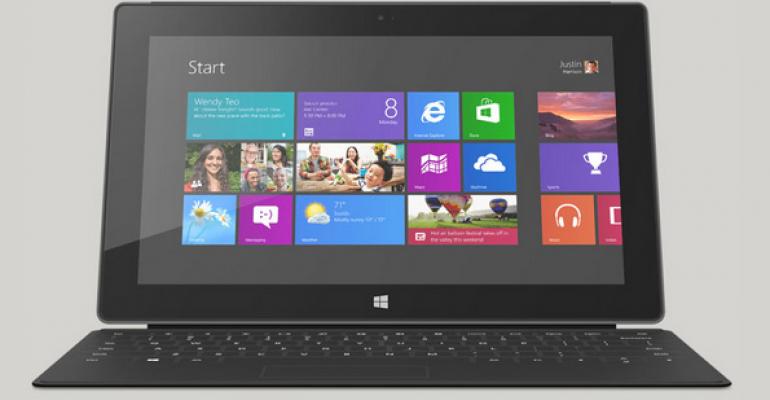 Weighing in on Surface Pro Pricing

Surface Pro looks solid, but it may be too expensive for what it is

I’ll say this much for Microsoft: For a company that couldn’t get any attention at all for several years there, its Surface devices have generated an unprecedented amount of attention, buzz, and controversy. We’ve been debating various aspects of both Surface models since their June introduction, and this week’s pricing announcement for the Surface Pro has triggered yet another round.

There’s a lot of debate and discussion when it comes to the Surface. Today, I’d like to just address pricing.

Microsoft revealed yesterday that Surface with Windows 8 Pro, which will ship in late January via the Microsoft Store as well as third party retailers, will cost $899 or $999, depending on the version. (You can read more in Microsoft Reveals Surface Pro Pricing.) These new devices are the high-end complement to the Surface with Windows RT, which costs $499 to $699 depending on the version.

I previously described Surface RT pricing as too high, arguing that these machines should undercut iPad pricing in order to be competitive. (Apple’s iPad runs from $499 to $829 depending on the version.) My rationale there was simple: The iPad was too expensive to begin with, as proven by competing tablets like the Amazon Kindle Fire HD 8.9 ($299) and Google Nexus 10 ($399). Plus, Microsoft’s device is a big risk for consumers, as it runs an unknown and unproven OS (Windows RT), and is backed by a new and unproven content ecosystem that may or may not ever be truly competitive.

Those who disagreed with this assessment argued that the Surface RT’s higher pricing was justified by its inclusion of Microsoft Office and, on two of the three versions, a Touch Cover, which sells separately for $119. These are fair points, but again, I feel like these two features are just baseline arguments for getting a Surface rather than an iPad or Android tablet and that the newness of the Surface OS and ecosystem demand lower pricing.

Surface Pro is, of course, a different animal.

Microsoft hinted back in June that Surface Pro would cost about as much as an Ultrabook. And on the face of things, it does: The high-end version, with its 128 GB of solid state storage, hits what is currently the high-end pricing of $999 for the typical Ultrabook.

Neither of the two Surface Pro tablets come with a Type or Touch Cover. So the actual minimum prices of these devices is at least $1029/$1129. Ultrabooks come with real keyboards, so you could argue that the actual price is $10 higher in each case (for the Touch Cover), but whatever.

Ultrabooks also come with larger screens. 13-inches is standard, and the machine I currently use has a larger 15-inch display. While preferences are indeed personal, my attempts to use an 11-inch Ultrabook-like machine a few years back were disastrous. I can’t imagine returning to such a tiny screen, like the one that is used by Surface. And with its high resolution (1920 x 1080), onscreen items in desktop mode are going to be tiny.