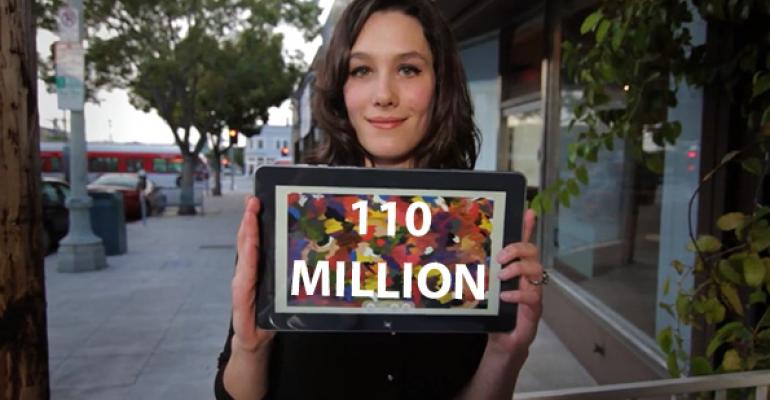 There are Now Over 110 Million Windows 8 Users

And you thought we needed Windows 8.1 and Haswell

Confounding past usage share reports and general perceptions, Microsoft's supposedly beleaguered Windows 8 did the unexpected in August, logging its biggest ever month-over-month usage jump. Windows 8 is now responsible for almost 8 percent of all active PC use worldwide, according to NetMarketShare. And that means there are over 110 million people using Windows 8 right now.

Folks, that's a big number. It's not a nebulous, could-mean-anything number, like "license sales." It's the number of people actually using Windows 8 every single day.

How big is that number? It's much bigger than 72 million, which Apple reported this past June was its entire installed base of Mac OS X users. To put this in perspective, there are now many, many more Windows 8 users than users of all versions of Mac OS X ... combined. And that it under 10 months.

This is what a "beleaguered" version of Windows looks like.

No, it's more than that. This is what a beleaguered version of Windows looks like in the worst single year in PC sales history, according to IDC, the never-met-a-statistic-it-couldn't-revise analyst firm that this past week predicted (in its third adjustment so far) that PC sales this year would fall 9.7 percent year over year in 2013. As I noted in Short Takes on Friday, this means that PC makers will sell only 318 million PCs this year. Only 318 million.

Tablet makers will sell 227 million devices this year, mostly mini-tablets. And that figure is also lower than IDC originally predicted. That says to me that the tablet market is maturing very quickly and that a leveling off is on the way. One has to wonder where and when the PC and tablets both level off. Will PCs or tablets be the bigger market?

Tablets, obviously. But I don't think the PC industry is in for a bloodbath so much as it is a correction. It will be a smaller but still vital market going forward, I bet.

But that's a discussion for another day. Let's get back to Windows 8. You know, the OS no one wants.

Windows 8 usage jumped over 2 percentage points between July and August 2013, going from 5.4 percent of the market to 7.41 percent. (That 110 million figure was derived by multiplying the total number of active PC users, 1.5 billion, by 7.41 percent.) As noted, that was Windows 8's biggest month-over-month gain ever. But it was more than matched by an even bigger month-over-month loss of Windows XP users: That dropped from 37.19 percent in July to 33.66 percent in August. Oddly, Windows 7 usage eeked up a bit too, to 45.63 percent.

So what are we to make of this jump?

The Surface price cuts must have helped. In fact, news that Microsoft has made those cuts permanent may be the result of the positive effect the cuts have had on sales.

Back to school PC sales can't be discounted, and it makes me wonder why Microsoft and its partners couldn't have been ready with Windows 8.1 and new devices in time for that sales period. I suspect the usage jump would have been even more profound.

There's always the possibility that this jump is a one-time anomaly and that things slow down again in the current month, which sits in a weird nebulous space between back-to-school and the holiday sales period. We'll see.

But for now, I can say this: NetMarketShare data, which I trust, tells me that there are far more Windows 8 users out there than we thought, and far more than was the case just a month earlier. And if you have been paying attention to my previous thoughts about 20 million PC sales being the monthly norm during Windows 7's heyday, this one will grab you. A 2.01 percentage point jump in August suggests that 30 million new Windows 8 users came on board during that month. Not too shabby.